Small cats with their bloodshot eyes are squirming out of scientists arms, ready to reach their fate, as bunnies with tubes stuck inside of their fair skin are facing their slow, painful death, all around the world. Many don’t know about it either. The makeup products and medicines people use and buy everyday have been experimented on animals, making more animals die each and every day. This is horrid to think about and it is unfair that all of these products are being tested on animals without most people knowing. The most common house pets, (cats, dogs, fish, guinea pigs, and bunnies) you never thought were a part of this craziness, are. Worldwide, more than 115 million of those animals, are murdered, living the worst life imagined. (Human Society International #2.) It is too many animals to process in your mind, unthinkable to see a visual. Besides that, U.S. companies, private groups, and other drug stores haven’t done anything about the issue. Since innocent animals are being mistreated, locked up, and scarred for life, animal testing should not be happening in the U.S.

According to scientists all over the country, in many cases, an animal's reaction to a product isn’t close to a human's reaction. In fact, nine out of ten products tested on animals that are safe, aren’t safe to humans. (Humane Society International #2.) Also, most tests haven't helped at all. For example, asthma. 300 million people have it and only two treatments have been found in the last 50 years from animal testing. (Humane Society International #3.) This does not prove a lot about animal testing’s worth. Because of this, I believe there needs to be an alternative used instead, as many believe the same. There are alternatives, but the U.S. hasn’t enforced them. The possible alternatives are cell based studies, silicon chip biosensors, and computational system biology models. (Humane Society international #4.) These methods prove more accurate results than testing on animals, but labs refuse to stop testing.

We all know animal testing has gone on for a long time in history, but the future is appearing right in front of us and the marvelous outcome we want for animals isn't happening as we thought. The next U.S. president needs to step in and stop labs and other companies from testing on animals. These are valuable, innocent animals and we need to protect them. 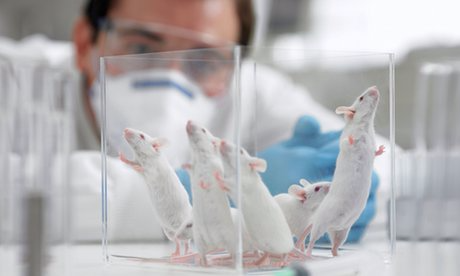 Published on Oct 31, 2016
Report a problem... When should you flag content? If the user is making personal attacks, using profanity or harassing someone, please flag this content as inappropriate. We encourage different opinions, respectfully presented, as an exercise in free speech.
Exeter High School