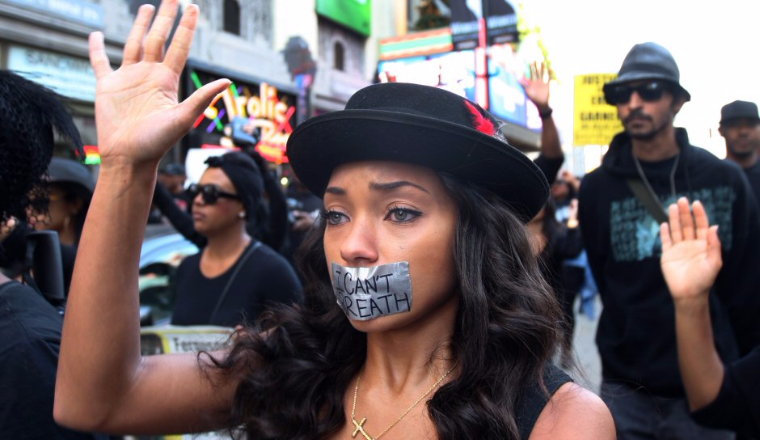 I am extremely disappointed with what our nation has become. We are so focused on stereotypes that it is affecting the lives of our citizens. I would know because I have family in Chicago, and it is so bad there. My aunt lives and works in Chicago and has many great co workers there. She works with two amazing young women from a neighborhood that isn't the best. One night she heard that someone was shot and killed close to where her coworkers lived and thought that it could have been one of them. Luckily they were both safe, but, it was one of their friends who was shot by a police officer for resetting. I don't want to be afraid of the people I am told to go to for help. I am not personally affected by racial stereotypes but I do know people who are. Racially diverse people are under so much stress right now. Left and right they are watching people like them fall and they can do nothing about it.

An african american man was harassed on his mother's front porch because he was “resisting”. The man was calling a neighbor for help because the two police officers who had shown up started to verbally harass him and when he took out his phone, they pinned him to the porch and restrained him. I read this on CNN and it's not the first time I have seen stuff like it. I hope that someone with your power is deeply disturbed about how often stuff like this is happening. I know I am. I am a young adult in a community filled with others just like me, we all see this happening. We ask you to please, do something.

Have more clear definitions of what resting and aggressive behavior looks like so that there is a clear was to tell if someone is endangering themselves or others. Or maybe have more cameras on police officers when they go on patrols. We need to start on a solution now because if we do not find one soon, it's just putting off our time of healing even further back than it already is.

black lives matter equality
Published on Oct 31, 2016
Report a problem... When should you flag content? If the user is making personal attacks, using profanity or harassing someone, please flag this content as inappropriate. We encourage different opinions, respectfully presented, as an exercise in free speech.
Exeter High School

Black lives are very short because police are very currupt

Persuasive Letter to the next President preserving the rights of African Americans in every way possible.

Letter to the president based upon police brutality.

I believe that people should not be killed, arrested, or hurt because of the color of their skin.