Standardized Testing has been a thing that students have dealt with their whole school careers. We take them and finish them without question. But these tests aren’t helpful in the slightest. As a matter of fact these tests are basically useless.

Standardized Tests don’t prove or show anything about the student taking them. These tests are almost always multiple choice questions which mean that we can guess on them and randomly get it right, when in reality we know nothing about the topic. Also, these tests are usually on Math and English, so in a 2007 study, reported that schools have decreased learning about science, social studies, and art 44% since 2001. So it will only improve Math and English which isn’t the only things we need to be successful.

These tests are really not fair. When a student goes to school, they can be feeling bad and not have the best mental state to do good on the tests. Also we don’t have tools to study for the tests making it even harder to prepare for them. I think that we should be given at least an overview of what we will be tested on.

Since these tests are very important for our futures, students might result in cheating to get a better grade. Standardized testing reflects on the teachers as well, in 2011 ABC News stated that 44 schools changed their students tests grades, making the school look better than it actually is. Which is unacceptable and may get the student in trouble and

Mr. Trump, I think that there needs to be a major change in the way this country evaluates students. Standardized testing is very faulty and I think that it is just a big mistake. Maybe there could a change that will end standardized testing and replace it with a much more suitable and accurate representation of the student. I hope that you, Mr. Trump, will take this into consideration if you become the most important person in America. 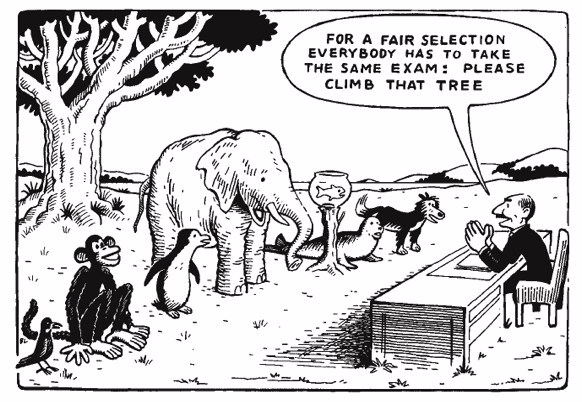 school standardized testing teachers students
Published on Oct 31, 2016
Report a problem... When should you flag content? If the user is making personal attacks, using profanity or harassing someone, please flag this content as inappropriate. We encourage different opinions, respectfully presented, as an exercise in free speech.
Exeter High School

Standardized is worse than useless, it's projecting false information and destroying hundreds of thousands of lives.

We need a change in our education system. It needs to change so we are learning more and can have more time to focus on school.

Junk food should not be banned in schools because kids eat majority of their food outside of school and schools do not have enough funding to suppo...