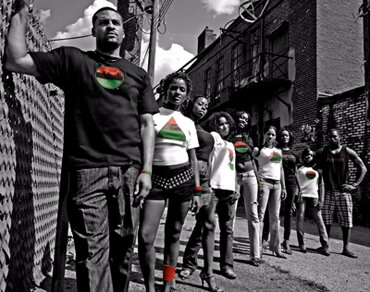 I have a question for you. What does it mean to be President, in your perspective? What does it mean to anyone? I think people often underestimate the politics of being the President of the United States in itself. I imagine it’s stressful, and I know it’s a very hard job that only certain people are equipped. Though, this is not an excuse for underachievement, procrastination, or unconsciousness. I can’t tell you how to do your job. I don’t think anyone can. What I can do, is allow you a little insight on America from the perspective of a 15 year old, African American female from Philly. I just think that certain issues have yet to be improved, given presidency has been an active role since we broke free of Great Britain. I also think your ideology of a “Great America” is only pursued to a certain extent. You vend out this “American Dream”, but forget to tell us it comes at a price; Our freedom, rights, and equality. I feel like issues such as Police brutality, the Justice system, Education, etc., are claimed to be addressed, but for some odd reason every Presidential term runs up before things actually get done. It’s like waiting for tomorrow, it never comes.

Society often looks at the youth today as troubled, rowdy, or even defiant, but in the words of Sir Isaac Newton, “For every action, there is an equal and opposite reaction.”. This quote can be interpreted as our behavior being a result of our treatment. You can’t under fund our schools, and then expect us to pass state tests used to categorize us. You can’t expect young men not to sell drugs when you don’t want to give them jobs. You can’t tell us hands up, and still shoot us. You CANNOT abuse your power as an officer to make yourself feel dominant and self-righteous. You can’t support feminism, then fight for abortions to be seized. Most importantly, you cannot tell us we have freedom, if it is conditional. Many people often forget what effect this can have on today’s youth.

Why is that we now have to fear the ones that were hired to protect us? Let’s not forget about the effect police brutality has on us, the African American community. Let me just say that growing up, I loved the police. I thought they were brave, courageous, and here to protect us. Little did I know, this was only true to a certain extent. African Americans seem to be the main target of police brutality. I want to know why they think this is ok. Do they see us as less human? Are they afraid of us? It’s gotten to a point where myself and others are now furious. If a person is in the wrong, by all means do your job, but is your job to kill? There is absolutely no reason for an UNARMED civilian to be shot. Police officers have begun to abuse their power but this is nothing new. It’s just being caught on camera now. The protocol is shoot to seize threat not shoot to kill. Officers have no issue with this because they fail to be reprimanded for their actions, which leads me into the justice system.

First and foremost, we mightaswell go ahead and take the word justice out of “Justice System”. In all reality it is just a system; A long process to determine the value of another person's life. Take young Trayvon Martin for example. He was unarmed, unalert, and stalked by George Zimmerman, a neighborhood watch citizen, in Sanford, FL . Instead of Zimmerman being instantly charged with murder, the trail was long and heavily contemplated. He ended up benefiting from the “Stand Your Ground” law, which allowed him to get away with murder. I wonder if I could ask the courts, “If this was a family member, friend, or lover of yours, would the outcome of the process be the same?”. When it comes to police shootings there is almost never any justice whatsoever. There is no way so many African American lives should have been lost at the hands of the police. There has yet to be justice. They tell us we are free, but is our freedom limited? It seems as though whenever we exercise our rights of freedom they feel threatened. They feel like they can just kill us off and go about their day. Haven’t we suffered enough? They say that we kill ourselves, so why is it such a problem when they do it. While this does exemplify that we need to make change within our communities, it does not make it right. The police are hired to stop, prevent, and seize the violence, not follow along and join it. On top of that, instead of giving us the justice that we deserve, they try to justify the deaths of our people by bringing to light all the wrong they’ve done.

The courts pressure convicts to own up to what they done yet they’ve began criminalizing victims of police brutality. If you were walking down the street, and all of a sudden heard a gunshot later to find out that a man had shot a dog. You would think it was inhumane and cruel. Correct? Someone then comes to you and says that it was a mad dog, it had sharp teeth, it bit a child a couple days ago, and wasn’t good for the neighborhood. People would think like “Oh ok, well i'm glad that dog is off the streets.”. The media does the same thing with victims of police brutality, They find the worst possible pictures, search for any criminal history, and make all types of false accusations to make it seem like they’ve done us a favor. Alton Sterling for example, was recently shot and killed by a cop, in Baton Rouge, Louisiana. While they had him pinned to the ground, they fired shots straight into his chest. To justify this, the media pulls up every single charge that was ever associated with his name. To remind you, when he was killed he was on probation, on a path to clearing his name. If he was such a bad person why wasn’t he in jail, instead if outside of a mini-mart selling CD’s?

I just don’t understand what needs to be done in order for the justice system to actually see what’s right. I feel like all the problems we’re currently facing with police brutality have already been going on. It’s only now that we are capturing everything on camera. I can’t even give you the solution to a problem that has been around since long before my years. You most certainly don’t provide us with the educational tools we need to do so, in the first place. Thanks to the advantages in technology, more light is being shined on important issues such as this.

Dear President, you can’t say that we are failing as a generation when we are restricted to only the knowledge that you give us. You teach us that the sky's the limit when there’s footprints on the moon. Just as you say we are the future, yet you under fund our schools. Then, you give us these states tests used to categorize us. I just think the higher ups have their priorities messed up. Y’all fail to realize that y'all need us.

My final question to you becomes; Is anything going to change, or are you going to fall stagnant to yet another stereotypical place holder, in the Oval office? You have the power to make America great again. Utilize it wisely. Treat us with equality, and believe in us as the people. Stop building Prisons and start building schools. Don’t be afraid to reprimand an officer just because the Police will look bad as a whole. Stop trying to cover things up and face them head on. Be like the Presidents in the childhood stories. Be brave, be fair, be humble, but most importantly be PRODUCTIVE.

So, just as a reminder. We are not “defiant”, or “rowdy’, or “troubled”. We are a product of our environment. We are a product of you. You want change? Well so do we. You know they say you get what you give. So, get us our freedom, equality, and rights foreal this time; and we’ll give you your respect.

education criminal justice system police brutality
Published on Oct 10, 2016
Report a problem... When should you flag content? If the user is making personal attacks, using profanity or harassing someone, please flag this content as inappropriate. We encourage different opinions, respectfully presented, as an exercise in free speech.
Honickman Learning Center/Comcast Technology Labs

Fear for the Future

All of one student's fear expressed in a letter.

Many teens in the U.S are overdosing on drugs such as heroin.

This is a letter about college

If women get to vote work and run for office, why don't they get the same pay as men?

What does the future hold for NASA? It depends on the next president.

Police brutality is an issue that is getting worse and worse throughout time. People don't feel safe with the ones that are suppose to keep us safe...