Public companies should not have to forcibly participate in acts that intrude into a private citizen's digital footprint, without being aware. Programs that come from the NSA connect with major telecommunication companies such as AT&T and Verizon, easily the two largest networks in America alone. These companies have contracts to collect metadata (data that implies other data), for the government. Nonetheless, these companies supply metadata from their customers to the NSA to be analyzed and stored. Does this mean that American citizens are potentially paying to be spied on without their knowledge by the companies they once trusted? Or that the next time that someone picks up their phone to call a loved one they run the risk of someone listening in?

Mass surveillance has been an unstoppable monster ever since it was created under the Patriot Act in 2001. This was Congress’ response to the 9/11 attacks on the country by outside forces, but ever since it was signed into law. Allowing for wiretaps and the collection of metadata, it has faced slim to zero opposition. Why did this happen? Most likely because the bulk of these programs have been hidden from the public until Edward Snowden, an NSA contractor, blew the whistle in 2013. This caused the government and certain agencies to scramble and try to cover-up what has been going on. This event brought the public’s attention to issues that may not have been addressed before. Issues that once brought out into the open, we may now debate because the law faced no opposition in Congress due to the fact that the country needed strong affirmative action to show strength and unity.

The issue of mass surveillance and how it potentially intrudes into one’s privacy has had a startling effect. Once the public became aware, people began to close themselves off online. A September 2013 Pew Survey showed that 86% of people began to encrypt emails, and delete cookies due to fear or embarrassment of what someone looking at their metadata might find. In addition, 55% of people also showed to have taken steps to avoid observation by the government. For example, people within the gay community may not be able to receive the sanctuary that they seek online due to fear that one might be observing his or her internet activity.

It’s time for a change, a change to restore freedom. America prides itself on the fact that people are free within the walls of this country, but is that true with these programs operating? Are you prepared to defend that statement? If so, I propose you change the laws that allow this kind of irrelevant data collecting that hasn’t proved to be substantially impactful on national security. As evidence was shown in the book, ‘Power Wars: Inside Obama’s Post - 9/11 Presidency’ by New York Times Reporter, Charlie Savage. “[From the FBI general Counsel]...In 2006, she conducted a comprehensive study of all leads generated from the content basket of Stellarwind between March 2004 and January 2006 and discovered that zero of those leads had been useful.” (Stellarwind being President Bush’s Surveillance Program). If the government can barely find leads themselves, how is a public telecommunications company going to help? In my opinion, as well as many others that support privacy rights in the digital age, think that due to the infrequent success that metadata collection ever amounts to anything, that the government should withdraw and essentially cancel all contracts that force public companies (AT&T, and Verizon) to participate in the activity of providing metadata to the NSA. 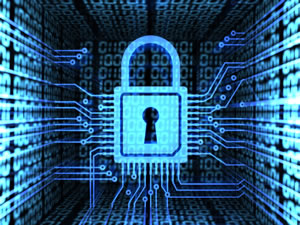 mass surveillance privacy digital security
Published on Nov 2, 2016
Report a problem... When should you flag content? If the user is making personal attacks, using profanity or harassing someone, please flag this content as inappropriate. We encourage different opinions, respectfully presented, as an exercise in free speech.
Royal Oak High School

The Page on Equal Wage

In the United States the is a wage gap based on gender that shouldn't be there, everyone should get equal pay for equal work. With that change the ...

The government should enforce laws on gun control to protect the citizens of our country.

LGBT Adoption is a controversial topic that has been debated time an time again.

The Spying and the Lying

From the recent events with civilian monitoring by the NSA and leaks by people affiliated, the questions are: Should the government be able to moni...

Many gay and lesbians are being bullied in and outside of public places.

looking at the problems of our mental health facilities, how we treat our mentally diseased Americans.

The numbers and affects for drug abuse on teens, and even the adult generation today, seems like they aren't going to stop. Just keep getting worse...