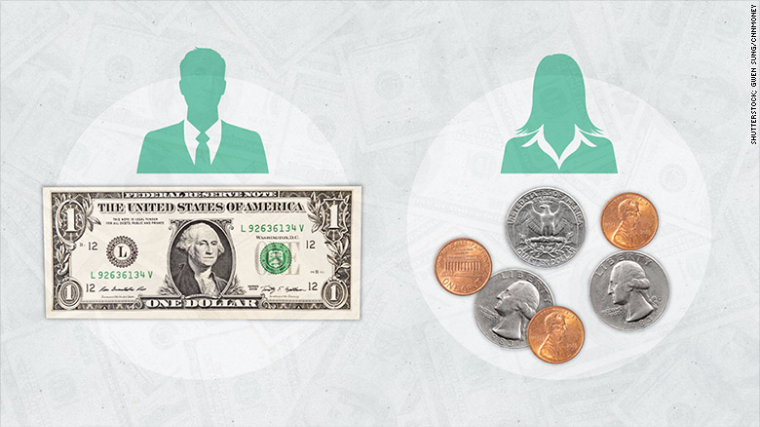 The United States is an economically well-off country. We have more people employed than unemployed. However, just because a lot of people are employed does not imply that the wages by gender are equal. Just imagine how much more we could grow economically if women were promoted at the same rate as men were . If there becomes less disparity in the wage gap, the United States could become economically stronger. On average women make $0.77 for every dollar men make. The wage gap should be eliminated between men and women. Women have the same qualifications and work ethic; therefore gender should not affect the dollar amount attached to their pay.

The wage gap between men and women is more prominent in white-collar jobs, compared to blue-collared jobs. In an article from The Wall Street Journal it states “Currently, more women than men graduate from college.” If that is true then is no it also true that overall women are more qualified and have worked to be in the position that they are currently? If so why would more men be promoted to higher-qualified jobs and why would they get paid more than women that have the same level jobs as them. An example of this is on average women that work as judges and magistrates earn 67% of their male counterparts. “Women with bachelor's degrees or higher earned 76% of their male peers in 2014, according to the Labor Department.” Another reason for the wage gap is that women have to take time of when they become mothers. Claudia Goldin, a Harvard University economics professor and a scholar of gender and pay states that white-collar occupations,”...are not very forgiving for taking time off and having kids”. Just because women have to take time off to have kids does not mean that they become any less qualified than their male counterparts, so why would their pay check be any less than that of a man’s? With such a large wage gap between men and women in the United States the government and employers need to work closely together to eliminate it.

Some would say that the wage gap between men and women is not an issue. An article from The Washington Post describes how the Democrats introduced an equal pay bill and Republicans shut it down, their reasoning included that “Although they support equal pay for equal work, the bill would increase civil lawsuits. They also say that the bill is unnecessary because discrimination based on gender is already illegal.” If discrimination based on gender is already illegal why is it still a recurring and prominent issue? Due to the widespread and recurring issue of the gender wage gap there needs to be new laws put in place that restate clearly that the gender wage gap is illegal. These new laws need to be more heavily monitored and re-enforced because if the wage gap based on gender is already illegal then why is it still a major issue that is not fading?

wage gap gender equality
Published on Oct 31, 2016
Report a problem... When should you flag content? If the user is making personal attacks, using profanity or harassing someone, please flag this content as inappropriate. We encourage different opinions, respectfully presented, as an exercise in free speech.
Avondale High School

I believe that it is time for the electoral college to go. I grew up always hearing that I have a voice for America’s next president. The past yea...

Multiple people are lead to believe that academics are the only way to be successful and that athletics only take away from academic success. But, ...

As of 2015, there was a 13.5 % rate of poverty in America. Most of these people are born into this never ending cycle, or are placed harshly into i...

LGBT People in the Military

Laws should be changed so LGBT soldiers are not discriminated against.

It is unfair that certain people are discriminated against, and I believe that should change.

The Gender Wage Gap is Real

Due to occupational differences, hour differences, and family care-giving proves that the push for the close of the gender wage gap should be need...

Gender Equality in the Work Place

Women do not have the same rights as men when it comes to jobs. This is an ongoing problem that needs to be stopped.