We as a country take our technology for granted, thinking that the will have no negative effects on the environment. But it does hinder the environment, specifically animals.

Animals were here on this earth before us humans and we are treating them no little like we treat obstacles. We think of them like walls stopping our advancing technology. Every year we expand our towns and cities into forests and destroy animals habitats. The passenger pigeon once lived in the eastern forest of the United States and may have constituted twenty five to forty percent of the bird populations. Due to its habitat turned into farmland now the passenger pigeons are extinct. Only when we destroy animal habitats we don't only rid them of a place to live we also let pollution into the air which does not impede the animals but also humans too.

We don’t exactly now how many species there are, but if there are 1,000,000,000 species of earth and we lose .001%, every year we are losing 10,000 species per year. If we don’t start acting soon we would start losing species at an exponential rate, please consider this letter. 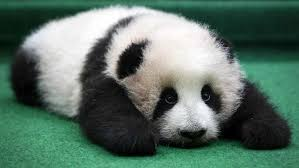 Standing/Not Standing For the Flag

Choosing to not stand for the flag

This needs to be stopped... now!