Can you afford a house and food? Well if you can that’s wonderful, but if you think about it, not that many people can afford food or a house. Those people live on the streets or in shelters with a lot of other people. They are called the homeless. They are an individual l that doesn’t have a family and can't afford a house to live in. In January, 564,708 people became homeless on a given night. When your homeless it is a huge challenge to get food, a house, and clothing so in some cities they have shelters, but the cities that don’t have shelters have homeless people that aren't healthy. Sometimes they even die from hunger. In conclusion, I think you should make more shelters and inexpensive houses meant for the homeless. 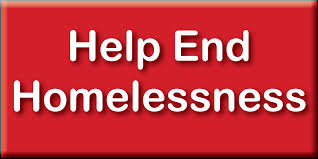 homelessness
Published on Oct 18, 2016
Report a problem... When should you flag content? If the user is making personal attacks, using profanity or harassing someone, please flag this content as inappropriate. We encourage different opinions, respectfully presented, as an exercise in free speech.
Keith Valley Middle School

Making military servers serve for longer than there supposed to.

Children are receiving way to much homework. We need to put a stop to this now!

There is too many people in America living in poverty!

I think animal abuse is wrong and there needs to be a change.

Any officer violating an individual's right should be fined, charged, and jailed.

Gun Violence in Our Neighborhoods

How gun violence affects communities everywhere, and what we can do to improve it.

A letter by Jade Koam

The students of America are our future. The absurd college cost, and the debt left in its wake, just lessens the chances of American children havin...

This letter explores the issue of inequality to women.

In this letter I will talk about my ideas on immigration

homelessness is a big issue today

There are individuals out there with out a home and with a slim chance of ever having a home.

Homelessness is an extremely prevalent issue that will only continue to grow if not addressed immediately.