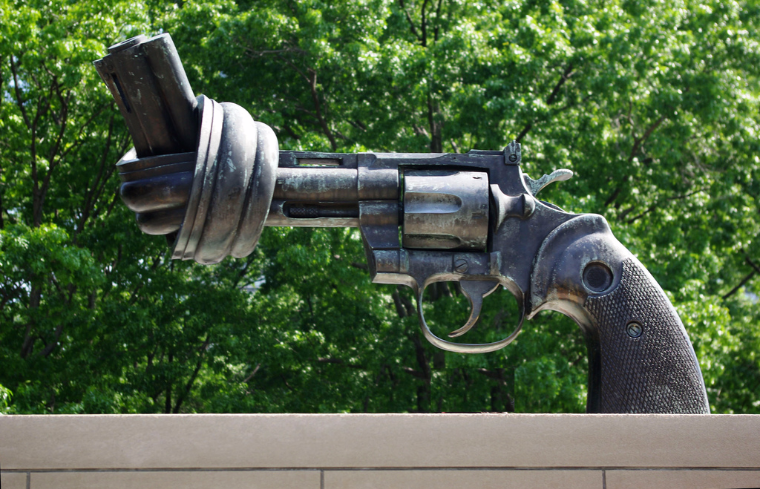 I am concerned about people with criminal records finding ways to get guns.

Imagine if you had a family member that had a criminal record and you knew they had a gun and they were going to use it in a violent way, you would want them not to have it in the first place. Something that I believe is a problem in the U.S. is that people with criminal records are finding ways to get guns. More than 100,000 people are killed by guns each year. I think that guns should be harder to find. I think that if they have criminal records they shouldn’t be able to buy the gun in the first place. I think that guns should be harder to find so that our population doesn’t go down so low.

gun issues
Published on Nov 5, 2016
Report a problem... When should you flag content? If the user is making personal attacks, using profanity or harassing someone, please flag this content as inappropriate. We encourage different opinions, respectfully presented, as an exercise in free speech.
Science Leadership Academy Middle School

My letter is about police brutality.

My letter is about immigration and what we should fix about it. I am a student at SLA-MS. This issue is important to me because part of my family h...

The 2nd Amendment needs to be strengthened in order to decrease gun violence.