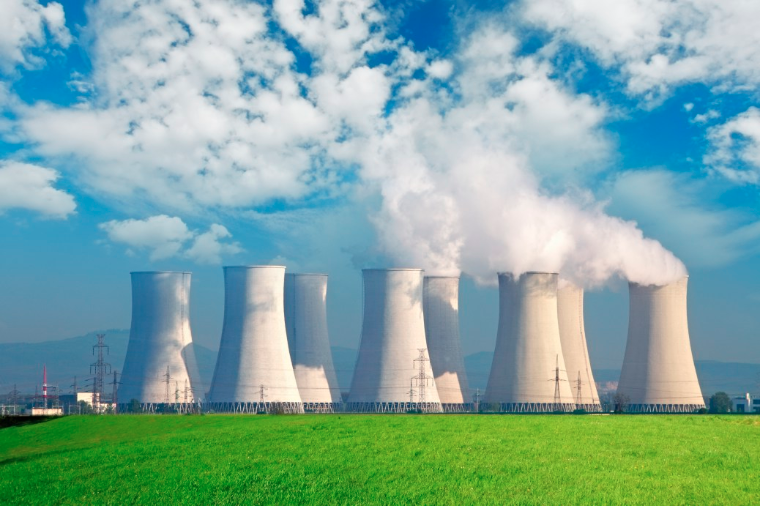 I want to first congratulate on your victory in the past election. Winning an election like that is not an easy task and commend you for the amount of effort you put into your victory. I would like to discuss a topic that I have alway been interested in and would like you to consider my solution to a current problem.

As the years go on, technology advances and the need for energy increases. A major concern around America and the world is the amount of carbon dioxide that is being emitted into the atmosphere by the energy generating power plants. Whether this carbon dioxide emission is causing climate change is another argument but the fact is that large amounts of this pollution are being released. In order to solve this problem, a source of energy needs to be found to provide enough energy to energize the world and prevent the mass amount of carbon dioxide that current energy sources generate.

My suggestion is that our country veer towards nuclear energy. There are currently several other renewable energy sources that produce energy but none of them produce enough energy to supply the country with electricity for very long. Nuclear energy is capable of matching if not surpassing fossil fuels in both cost efficiency and energy production. Numbers backing up this claim, nuclear energy costs about 2.4 cents per kilowatt hour compared to 3.27 cents for coal. With the quantity aspect, the reason there is such little nuclear energy production is that there are very few nuclear power plants out there and many of them are quite old. The rate of energy production matches that of coal.

There are many concerns with nuclear energy that I would like to point out. One, and the most recognized problem when it comes to anything labeled nuclear is the nuclear meltdown possibility. This is one of the main reasons nuclear power is not larger in the power economy in today’s society. Nuclear meltdowns are not a problem if the correct procedures are taken. One is that these power plants are located in a safe place. Some people say that nature is unpredictable and that natural disaster is bound to happen but there are places that natural disasters do not happen. For example, if there is a nuclear power plant located in Nevada or Montana, there is no way a tsunami could possibly hit and damage them. The other concern is just a straight up failure or human error like what happened in Chernobyl. The cause of this meltdown was a faulty design and a lack of action when a serious problem came up. With today’s designs and technology, there will never be a meltdown by a faulty design or human error. It simply won’t be able to happen.

Another major concern of nuclear power plants is nuclear waste. Some people claim that nuclear waste is dangerous and they are right. What they don’t know is that where it is being stored safely and securely away from people in an NRC and EPA regulated facility. All areas holding nuclear waste has to pass expectation from both of these groups. Some of the requirements are that all waste must be 80 miles away from any human civilization and at least 2,000 feet underground. Even if there was a leak, there is no way anybody could ever be affected by the radiation.

Overall, I hope that what I have brought up will not be overlooked. Making the move to nuclear energy will not only be cheaper and more efficient, but it also prevents carbon dioxide from entering the atmosphere. Thanks for your time.

Energy technology environment
Published on Aug 9, 2016
Report a problem... When should you flag content? If the user is making personal attacks, using profanity or harassing someone, please flag this content as inappropriate. We encourage different opinions, respectfully presented, as an exercise in free speech.
Columbus High School

How we need to keep our gun rights.

This letter is about, how a change with drug laws may help our country.

The environment has a huge impact in our everyday lives. It needs to be cared for.

Reliance on coal energy can have large impacts on the health of U.S. citizens. We must bring a new wave of renewable energy to reduce health risks ...

Dear Future President, In your first term as president I feel like you should work to try to improve our countries environment. There has been a l...