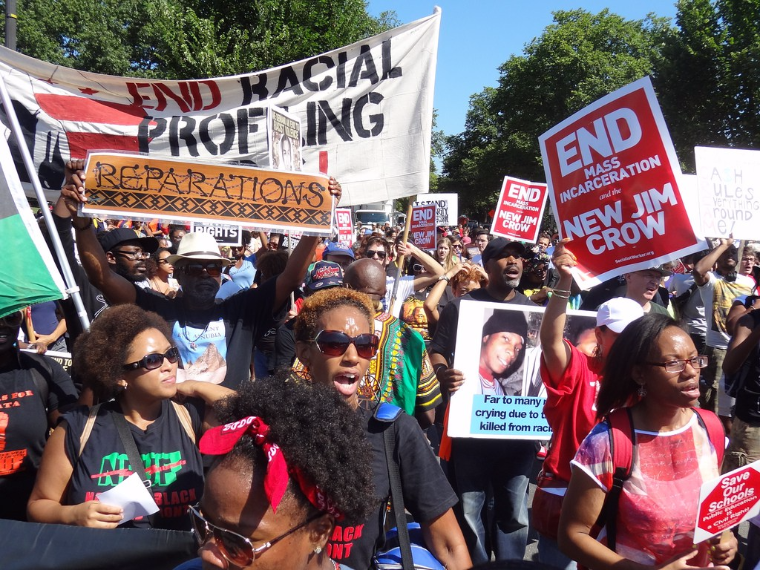 Racial profiling amongst police officers is bad because stopping someone solely based on the color of their skin is wrong. This topic impacts my life in many ways because I am a young half-African American and half-caucasian male who has seen racial profiling first-hand. I wrote a research paper on racial profiling during my senior year. I am strongly against racial profiling and this was my bias. Throughout working on my paper I had to look at both sides of the argument.

I started off researching the pros of racial profiling. I needed to find reasons on why people thought racial profiling was “good.” In doing this I came across a form of policing that was heavily used in the state of New York City. It was called the Terry Stop or the stop-question-and-frisk method. This is a method where people are stopped for being suspected of committing a crime, with a large percentage of them being African-American, Latino, and other minority races. Some people feel this is a good thing because they think it has decreased the number of murders and other crimes, drastically. I believe this is a false assumption.

In an article for the Huffington Post, Evan Defilippis states that “Nobody really knows how effective stop-and-frisk policies are. It is essentially impossible to parse out the specific contributory effect of stop-and-frisk on crime rates, relative to other police procedures going on at the same time such as computational analysis of crime patterns, hot spot policing and community engagement with citizens.” When police officers use the stop-question-and-frisk method this is also a violation of individual's Fourth Amendment rights.

Bernard Vaughan, a writer for Reuters, wrote an article about U.S. District Judge Sheindlin where she said, “Officers often frisk young minority men for weapons or searched their pockets for contraband before letting them go, in a violation of the constitution's Fourth Amendment that protects against unreasonable search and seizures.” Scheindlin continued by calling it “indirect racial profiling, because it targeted racially defined groups, resulting in the disproportionate and discriminatory stopping of tens of thousands of blacks and Hispanic.” I once thought racial profiling was just a tool that law enforcement officers used to help catch criminals and solve crimes but now I am coming to the understanding that it is much more than that. It is something that is racially persecuting individuals just because of their color of their skin.

A 2014 NAACP study shows that approximately 72% of all routine traffic stops on an interstate in the Northeast occur with African-American drivers. Even though only about 17% of African-Americans make up the driving population. Instead of people profiling others based on their ethnicities like people of Arabic descent, African-American, and Hispanics, we should try to focus on other policing policies we already have intact and try to make them better. Fifty-eight percent of Americans want to have harder security checks, so if we as a whole come together and improve our tactics then Americans will feel safe.

If police departments put in these new policies to cut down on crime so that racial profiling isn’t one of the factors then both sides will be happy. The police will be able to do their job effectively and won’t get criticized for it and the people on the other side won’t have to feel that they are being discriminated against.

As I stated earlier, I have seen the negative impact of racial profiling first hand. In addition, I am striving to earn a degree in Criminal Justice and later become a US Marshall. Because of my research on this topic, I have a better understanding of the importance this topic has not only in society but also in my career choice. I ask for your support in adopting policies and social regulations that would help put the practice of racial profiling to rest for good.

Thank you for your time and consideration of this important societal issue.

Racism police racial profiling criminal justice system
Published on Aug 11, 2016
Report a problem... When should you flag content? If the user is making personal attacks, using profanity or harassing someone, please flag this content as inappropriate. We encourage different opinions, respectfully presented, as an exercise in free speech.
Columbus High School

Readily available technologies are not being supported, and it's become a very urgent issue. All that we need to solve the problem is a little bit ...

Letters to next President Standardized Testing

I believe that there is to much standardized testing, and it takes up to much classroom time that we could be learning.

argument with people who think professional sport players get paid to much.

Donald Trump and the Death Penalty

Donald Trump has expressed his opinion many times regarding capital punishment, and here's my response...

Everyone needs to know both sides of every story.