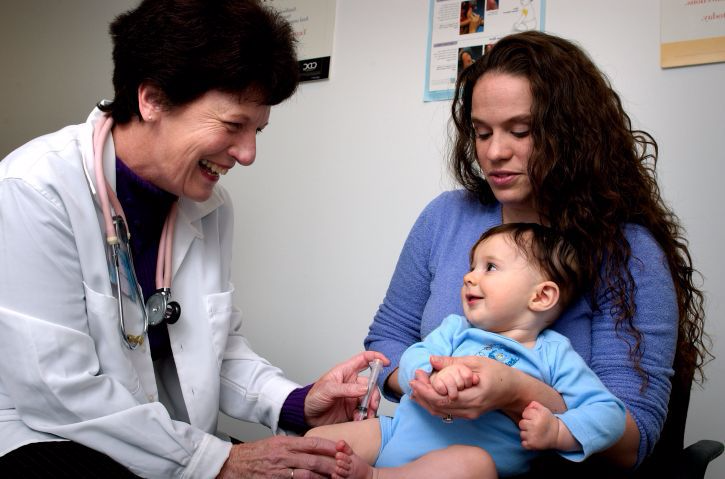 To the Next President,

Vaccinations should be required by law in all public schools because they are effective, they are safe, and they protect Americans from easily preventable deaths and diseases. 26 states in the U.S are below the government mark of 95% coverage for the MMR vaccine. That’s too many states. These diseases that people are still dying from are avoidable and preventable. There is no reason on average 5,000 people die each year from Hepatitis B. Or why 40,000 people on average die from influenza each year just in the United States. Something needs to be done.

The first step is requiring all students who go to public schools to be fully immunized. This included all doses of every vaccine, on the normal schedule, that the student is medically able to receive. Currently, all states except West Virginia and Mississippi allow some form of exemption whether it be religious or philosophical. West Virginia and Mississippi only allow medical exemptions. This is how it should be for all states in America.

There are some children who are allergic to the ingredients in vaccines or they are unable to receive them for some other medical reason. This makes vaccines even more crucial for America, those children can be protected through herd immunity. If all Americans were vaccinated the chance of the children who are medically unable to get vaccinated getting a disease is virtually nonexistent. But the way it is now a child who is unvaccinated due to medical reason is very susceptible to getting a disease because not enough people are vaccinated in the United States.

If I fully understand that parents are worried about vaccines causing side effects or giving their child autism. And there are some parents who don't think they have to vaccinate because they believe those diseases are not even around in this day and age. There has only ever been one study that claimed that vaccines, specifically the MMR vaccine, causes autism.This single study was later retracted and the man who wrote it lost his medical license because he admitted to the entire study being fraudulent.

On the other hand, there are thousands of studies by credible doctors all around the world showing that vaccines do not cause autism in any way shape or form. But the damage is done. Millions of parents read that fraudulent data that was published and will forever be turned away from vaccinating their children. But is doesn't have to be that way if public schools would need all children to be vaccinated unless they have a doctor's medical exemption. It is understandable why current parents don't think that vaccine-preventable diseases are even around anymore because they were not part of the generation who watched loved ones and friends get disabled by polio or die because of a whooping cough. But they are still around.

In 2015 there was a measles outbreak at Disneyland that had over 59 reported cases. 34 out of the 59 patients vaccination status was known and 28 of those people were not vaccinated at all, one was partly vaccinated and only 5 were fully vaccinated. There was also a 2014 measles outbreak that had 644 reported cases. And a 2009 mumps break out that spread through Brooklyn, New Jersey, and upstate New York and infected 303 people. These diseases are still around, and all it takes it, one unvaccinated person, to spread it, or one airplane ride to bring back diseases that we thought was virtually nonexistent in the United States. We as Americans need to take the precautionary measures to protect ourselves.

It has been proven time and time again that vaccines are safe and effective. Many credible sources such as the Center for Disease Control, the Department of Health and Human Services, the American Academy of Pediatrics an organization that is backed by 60,000 pediatricians, and much more have said vaccines are safe and effective. This idea of mandatory vaccination may seem unconstitutional, but in the eyes of the Supreme Court, it isn't. The Mississippi Supreme Court wrote a strongly worded letter saying, “ it is mandated by the First Amendment to the United States Constitution that innocent children, too young to decide for themselves, are to be denied the protection against crippling and death that immunization provides because of a religious belief adhered to by a parent or parents?”

They go on to say that, “the First Amendment right to religious freedom does not include liberty to expose the community or the child to communicable disease or the latter to ill-health or death.” They also added that “the law compelling vaccination is neutral, meaning that it applies to everyone and doesn't specifically target a particular religion so no constitutional violation occurred.” The health and wellbeing of children and all Americans is far more important than upholding their parent's religious freedom in this specific case. These deaths are so easily avoidable, yet children are still dying or having lifelong effects from these diseases because their parents are exercising their religious freedom. We have to ask ourselves in this case, what is more, important the health of our nation, and especially children or religious freedom of the child’s parents?

This is a life or death situation that holds the power to be changed. Vaccinations will improve the well-being or America immensely. They will save innocent children's lives and prevent diseases for everyone. There is no reason one kindergartener who is vaccinated should have to run the risk of catching a life-threatening disease because their classmates' parents don't believe in vaccination.

Children, adults, teachers, grandparents, need to be protected from these illnesses. And the first step to that is requiring all students who are medically able to receive full immunization when they enter the schooling system. Vaccines don't target one religion, they are a neutral substance made to help people. The medical advancement of vaccination is a gift and people are not utilizing this gift and it is causing sickness across America and the world. If we make immunization a law the United States overall health and well-being will go up and preventable deaths will go down. People need vaccinations.

immunization health family disease
Published on Aug 11, 2016
Report a problem... When should you flag content? If the user is making personal attacks, using profanity or harassing someone, please flag this content as inappropriate. We encourage different opinions, respectfully presented, as an exercise in free speech.
Columbus High School

Letters to next President Standardized Testing

I believe that there is to much standardized testing, and it takes up to much classroom time that we could be learning.

Why focus on such negative things

English the Language of the US?

The unite states does not have an national official language. Should we make it English? I believe we should, and will support my side throughout t...

Letter to the next pressident

My letter is about abortion. It is also about why abortion is a bad thing.

My letter is about under age drinking and drug use and how to solve it.

The Importance of Gay rights

My letter is about gay rights. Mostly the important bits and pieces of why gay families, should also be accepted in other countries.

People should be educated about how to keep themselves healthy, and helped to make healthy choices.

Livestock care in food corporations and how it affects us.

Women in need of abortion are struggling with being provided a safe, healthy procedure.