If you have ever suffered or known someone who suffers due to PTSD or depression, you will understand what an impact it can have on your life. An estimated 15.2% of Americans are currently or have previously served in the military. That averages to around 50 million people. That’s 50 million Americans who are at a high risk for depression, PTSD, and possibly even suicide. According to a MilitaryTimes article, “New VA study finds 20 veterans commit suicide each day.” Is it fair to our soldiers that when they need us most we aren’t there?

There are many independent organizations that raise money for veterans. But unfortunately, as with any corporation, they can be corrupt. One of the most well-known charities for veterans called the Wounded Warrior Project earned a "C" according to charitywatch.org. Only 54% of the money they earn was going to wounded veterans. They also lacked medical care for the mental health of veterans. Instead, they would splurge on lavish staff parties and group retreats.

In September 2016, Frank Lesnefsky shared with CBS News his struggle and how long he went before he found help. This brave hero turned to alcohol as a way to cope and almost resorted to ending his life, before he found the help he needed. So many veterans don’t find that help. Next president, consider your veterans and move to make a change. Making medication for PTSD more available, or funding more research could be the start of so many more lives saved.

Cari K. and Gofran A. 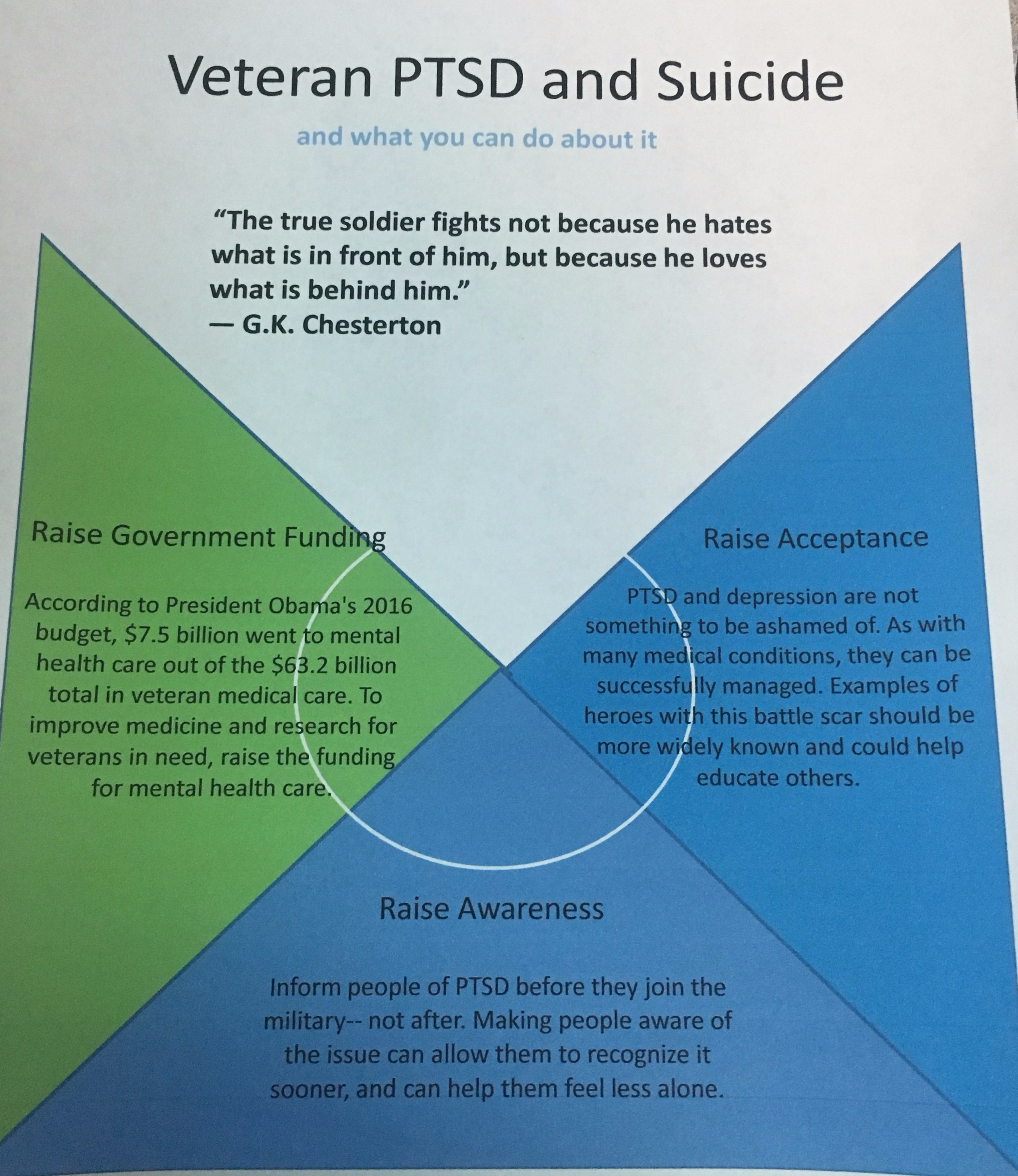 ptsd mental illness suicide veteran issues
Published on Oct 27, 2016
Report a problem... When should you flag content? If the user is making personal attacks, using profanity or harassing someone, please flag this content as inappropriate. We encourage different opinions, respectfully presented, as an exercise in free speech.
Wake Young Women's Leadership Academy

Just because we are girls, doesn't mean we shouldn't get paid as well.

Epilespy is the fourth most common neurological disorder. 1 out of every 26 people in the United States will have a seizure during their lifetime. ...

This letter contains information about a big problem in our country that needs to be fixed: Mental Illness

Veterans everywhere are living out on the streets and not getting the care they need. Most veterans have suffered from mental sickness and no one c...