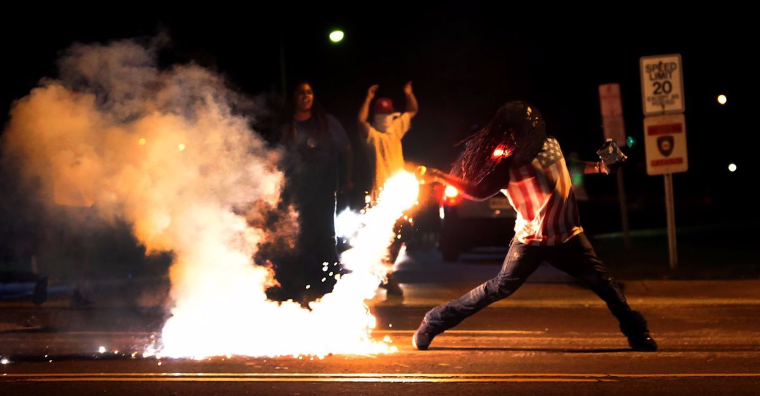 Heart beating, hands clammy, you’re screaming at the top of your lungs but it’s only heard as a whisper. People of color and their allies have been protesting hard for many months. How does the media cover it? Dangerous “thugs” setting fires or hateful protesters wishing the death of all police officers. The media refuses to see what the point of the protests are. They quote MLK and preach nonviolence, they say it’s not worth getting arrested. Don’t they know that MLK went to jail many times for his movement? Or, do they just choose to ignore it, because then he’s just like those “thugs” that are being arrested in Charlotte, or Boston, or Ferguson.

Black men have been murdered under the excuse that they were thought to be dangerous. However, it is very clear in many situations, that is not the case at all. Tamir Rice, a 12 year old boy, was murdered because he was holding a toy gun in a park. “Within one to two seconds of exiting the vehicle, Officer Loehmann fired his weapon twice from a distance of 4.5 to 7 feet, striking the individual in the abdomen.” (Review of deadly incident: Tamir Rice). The police officer who shot him dead, tried to excuse himself by saying that Tamir shouldn’t have been holding a gun. They were in a open-carry state. Keith Lamont Scott, a man with a mental disability, was sitting in his car, reading a book while waiting for his son to get back from school. A police officer murdered him. The excuse they gave for him, was he was holding a gun, again in an open-carry state.

It is not common to see police officers punished for taking someone’s life. But in rare cases, the police are actually charged and convicted for murdering innocent people of color. Terrence Crutcher’s car broke down on the highway. He was standing next to his car, unarmed when police officers arrived. Sad to say, he was murdered, even after getting tasered. The police officer who killed him tried to defend herself to no avail. Thankfully, she was charged felony manslaughter in the first degree. Jonathan Ferrell, a former A&M Florida football player, was looking for help after being involved in a car crash. Ten out of the twelve shots fired hit him, eight while he was on the ground. The police officer that killed him was charged with voluntary manslaughter.

Some have been saying that all lives matter, we should put focus on the police, blue lives matter. They don’t think that black people should have more attention or support, because everyone needs exactly the same amount of focus as everyone else, even though white people have the majority.All lives do matter, but guess what? That’s not what we need to be recognizing right now. We need to focus on the fact that, black children are being murdered for being black, or as police have been profiling them, suspicious, for nothing less then playing with a toy in a park. Police officers get paid to put their lives on the line, but that’s their job. Black men reading in cars, are not asking to be put in the line of danger. Children are losing their moms and dads to the police that are supposed to be protecting them.

We can protect our citizens without violence and anger toward the innocent. Have all police officers wear and use body cameras. We need to have body cameras on all police officers so that when an occurrence that there are multiple accounts of any incidents they can be easily settled. It would help solve many problems that were not settled in a way that did not satisfied the community. In the case of Trayvon Martin, many were upset that the police said things that did not match the information that come from the autopsy. Do not have a S.W.A.T. team come to a peaceful protest, and unleash tear gas and rubber bullets. When peaceful protests are interrupted by SWAT teams, it becomes so much more dangerous for the people protesting. In Charlotte, North Carolina, a man protesting was fatally shot in the midst of the confusion. Peaceful protesters get hit by rubber bullets and sprayed with tear gas, it causes tem to experience a great deal of pain.

A respectful and peaceful protest, during our National Anthem, of countless men women and children brutally murdered, is seen as un-american, why? Because no matter what a black man does, if it’s a man reading a book while waiting for his child in his car, a man kneeling in protest, or even a child playing with a toy in a park, it’s seen as violent, dangerous, or threatening.

police brutality police corruption violence black lives matter brutality
Published on Oct 19, 2016
Report a problem... When should you flag content? If the user is making personal attacks, using profanity or harassing someone, please flag this content as inappropriate. We encourage different opinions, respectfully presented, as an exercise in free speech.
Orange High School

So many reports of police brutality have been filed, so why aren't we doing something about it?

Why are they getting away with this?

When does the hashtag stop and the actual movement begin?

#BLM is a relevant issue going on right now and needs to be addressed.