How much do you love this earth? Without the ocean, we wouldn't be here, according to keepoceansblue “In total, the ocean absorbs between 30-50% of the total carbon dioxide produced from burning fossil fuels. In addition, they produce 70-80% of all the air we breathe.” So, without the ocean how would we live on this beautiful earth? The answer is, we wouldn't. Now, this is where I come in and argue that ocean pollution needs to be stopped or at least there needs to be harsher laws for the polluters. There is a frightening amount of pollution being put into the ocean, according to tweentribune.com about 8.8 million tons of plastic is just floating around in the ocean.

There is a problem in this country of ours, we don't think about where our trash goes. Nor do we realize that most of our trash goes into the ocean. Waterencyclopedia.com states that sewage from sinks, which mind you includes vegetable’s and animal matter disposed of in a garbage disposal goes into the ocean. You may argue that the animal matter will eventually decompose but as of right now, the matter has not decomposed, and it is affecting and has affected the marine life. According to Amanda L. from California who additionally wrote a letter on the same topic, said out of the 8.8 million tons of plastic is 7 million tons of that is biodegradable. This is about eighty percent. So, yes we can get this to decompose but we can't do it all on our own. Now, look at the seal photo, it has been affected by ocean trash. This seal has sadly come into contact with this can. This seal’s nose is now inside of a can. Their health is now compromised. There are teams like ocean conservancy that is helping to save these animals, also to reduce ocean pollution.

There are multiple ways this problem could be solved. The first way I would like to bring to the table is the ocean conservancy team. This amazing group of people is the largest volunteer group in the world striving to clean up not only the ocean but waterways as well. We need more groups like these to help clean up the ocean. There is another significant team called The Ocean Cleanup. They do not only help get the trash out of the ocean, they also study the trash to inform the public. For example, tweentribune.com states that this group of 15 volunteers found out most “Most of the trash they found, including a 1-ton fishing net, is medium to large-sized pieces, as opposed to confetti-like plastic shards.” This is terrible for marine life because they cannot get around it. The poor fish, for instance, minos who are extremely tiny simply cannot do anything. You may argue pulling out trash from the ocean will only fill up landfills. Well according to tweentribune.com there is a woman by the name of Angela Pozzi who has made 17 sculptures out of ocean trash. She has then had them placed in the Smithsonian National Zoo. Down below is one of her sculptures made out of ocean trash. Now that is what I call resourceful, we should all learn how to be like this.

Lastly, I would like to suggest for you Mr/ Mrs. President is to clean up our life provider by using a new technological resource called the seabin. The new seabin was developed by two Australian men named Andrew Turton and Pete Ceglinski they were surfers; just ordinary people. But they soon did something out of the ordinary, as they wanted to make a difference in the world. They are slowly installing seabins. According to engineering.com, the seabin is held to a dock by a rope that connects the five-gallon bucket to the dock which holds it in place. You may ask, how the seabin functions? The seabin functions in a simple manner. There is a water pump constantly pulling the polluted ocean water into the net. The net then catches whatever pollutants may be in the water. Some may argue that the water pump may pull fish into the net. But I beg to differ. Care2.com says “and the best element to the seabin is it doesn’t harm fish.” This clearly states that the seabin does no harm to the fish. The seabin is one of the ways to fix this problem, and I suggest you use it.

In conclusion, America has things we need to work on and I believe our biggest is ocean pollution, it's a worldwide problem. This should be fixed. And you, are practically the only one who can fix it. No one has the authority that you have. Additionally no other president has done anything, wouldn't you like to be the first? Fixing this problem should be one of your top priorities. As I said before, the ocean provides us with the air we breathe. So, I appreciate you and all you do, but you must also put an end to ocean pollution. Or we will be out of here before you know it.

Keepoceansblue. "What Does the Ocean Do For the Planet?"

Material, By Weight Dredged. "Water Encyclopedia." Pollution of the Ocean by

Community, By Your. "Which Fast Food Companies Are Polluting Our Oceans

the Most?" Which Fast Food Companies Are Polluting Our Oceans 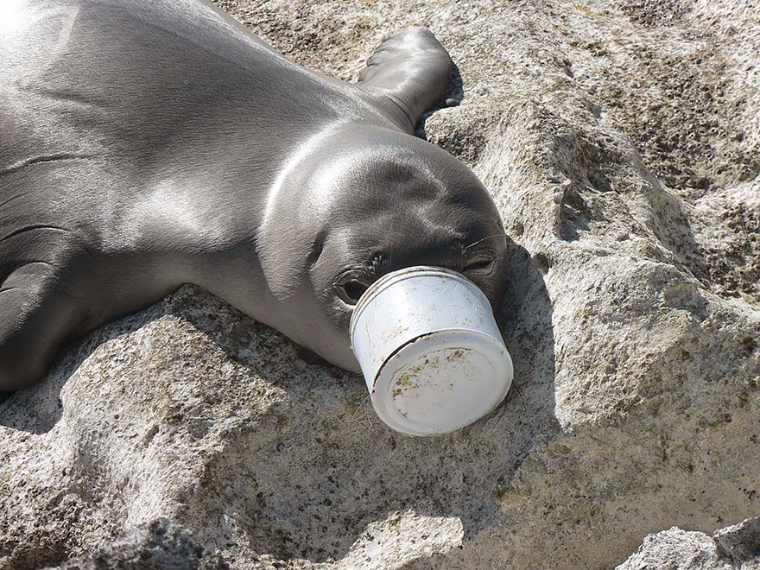 pollution ocean pollution
Published on Oct 11, 2016
Report a problem... When should you flag content? If the user is making personal attacks, using profanity or harassing someone, please flag this content as inappropriate. We encourage different opinions, respectfully presented, as an exercise in free speech.
Weddington Middle

Pollution has a negative impact on people's health. We can reduce air pollution by using renewable energy sources.