Almost all women know at least one person who has been sexual assaulted. I know I do. It’s a problem nationally, “very 109 seconds, another person experiences sexual assault.” It’s made a big rise in one certain area we all want to trust, college. The most common number going around is 1 in 5. That's 20% of women being assaulted in schools. But the worst part is that number comes from those who spoke up about it, and most feel to ashamed to ever say a word. And as for the abusers “only 6 out of every 1,000 rapists will end up in prison.” Now colleges are doing something about it, but it’s not enough. College campuses need more guidelines to prevent sexual assault. I am a young girl headed to college soon and I'm scared.

To start with, less alcohol prevention more bad mindset intervention. College campuses have been drinking gallons since the beginning of time, so why has it just become a problem now? Because alcohol isn’t actually the problem, and if it was why are we telling the victim they shouldn’t drink rather than the abuser? See, it’s because our mindset doesn’t teach “don’t rape,” it teaches “try not to be raped.” We need to be enforcing strongly that CONSENT IS NEEDED. If a medical responder needs consent to try and save your life, you need consent to try and touch a person. We need to start treating abusers like the criminals they are. Victims get told things like, “you were asking for it by dressing like that,” and “Are you sure you are not overreacting?” They even get told, “well it’s your fault for drinking.“ But when it comes to the abuser, we hear a whole different story, “well he didn’t mean it, it was a mistake,” and “well jail could scar him, we can’t do that.“ Excuses. According to the Department of Justice, Office of Justice Programs, Bureau of Justice Statistics, and Felony Defendants in Large Urban Counties, 520 of every 1,000 suspected rape perpetrators referred to prosecutors will be released—either because they posted bail or for other reasons—while awaiting trial. We need to be telling the victims, “We know this is traumatic, but we will try and help you,” and the abuser, “You made this decision, now there will be consequences”. We need to be teaching that kind of respect at a young age so that respect is everyone’s mindset. More respect, and less shaming.

Speaking of being shamed, police need to be more involved. Victims don’t speak out. But it’s not always the shaming. Sometimes it’s the fact that no one's listening. Police and college administrators need to be working together not against each other. “Out of every 1000 sexual assaults, 344 are reported to the police”. It shouldn’t be a question “Who will actually listen to me?” If told to the administrators, they should help file a police report. If told to the police they should notify the administrators. And let’s have more security guards outside the college housing, if there’s police right outside, even at a party the abuser is not going to want to risk it. Above all though they need to take these cases seriously. “Approximately 70% of rape or sexual assault victims experience moderate to severe distress, a larger percentage than for any other violent crime”. And no one deserves to have a traumatic event then be told “Well it’s kinda your fault.“ It’s a serious crime just as much as it’s a school problem.

And on the topic of school, how about we up the restrictions on the co-ed campus? Decades ago they didn’t have co-ed at all, and when they did, it was only for certain times and with certain rules. Now we don’t need to go overboard, but a few guidelines to prevent sexual assault would help. First off, Bring back the “book rule”. If students make sure there is a book length gap in the doorway when more than one gender is there it eases off the feeling of being trapped and makes being helped a little easier. Let’s put in a curfew at how late they can be mixed, this would help prevent all those drunk travels to the nearing place. Little things like this aren’t much but can lower the numbers and possibly save a victim.

Now some colleges already start bystander training, but we need more. They should be taught to recognize all the red flags of rape. Recognize the possible situations that can be unsafe, (seeing a drunk person around a sober one alone, going off into empty places, in a room alone, etc. ) Make sure to go out in groups and have friends keep an eye on each other, pay attention to one of you oddly missing. And overall teach them how to call them out. Being a bystander is scary but the “bystander effect” goes down if they know what they are doing. If we teach how to handle these situations and are all prepared, we can all feel a little safer knowing we’re not alone.

College campus need to get on this now. Sexual assault is a serious thing and needs to be recognized. Don’t blame alcohol, blame the rapists. Don’t take take this lightly, realized the seriousness of the crime committed. Don’t put yourself or others at risk, take precautions. Don’t just stand by and let it happen, stand up for them. And above all, don’t ignore this, don’t ignore us. 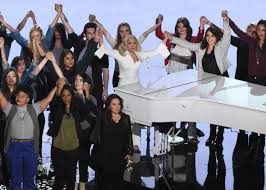 My letter touches on the many forms of inequality in the US.

A letter about the need for gun control in order to increase public safety.

This shares the statistics of sexual assault on college campuses and pleads for something to be done in order to prevent it.

The Hispanic community is in need of help to increase graduates not only in high school but in colleges too. Hispanics are one of the fastest growi...

To the Future Leader of the World.

College is expensive, and college debt takes over.

A life changing crime with a punishment way too small