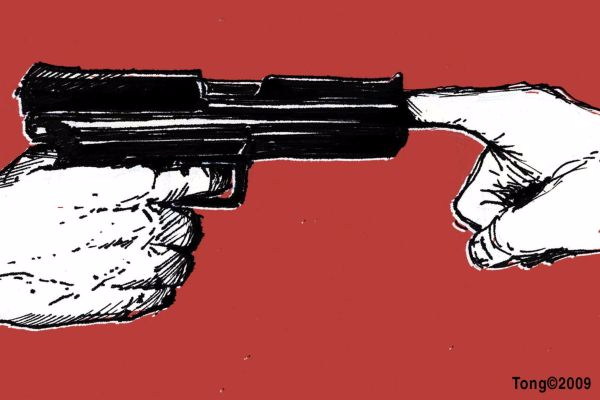 Gun culture is alive and well within the societal veins of America, but along with the freedom to bear arms comes the slaughter of innocent civilians. Mass shootings have become a common occurrence in America in the past 5 years. In 2016, 457 people were killed and another 1,312 were injured in mass shootings on American soil, Courtesy of the MST (mass shooting tracker). It is a tragically high number and an indication that gun control needs to be heightened. Though the American people are allotted the right to purchase weapons, by way of the second amendment, firearms should not be as easily accessible as they are currently. Federal law restricts the sale or possession of short-barreled shotguns, machine guns, and silencers. However, these items can still be bought after a background check, the purchase of a tax stamp for the manufacture of the firearm or device, and registry of the weapon with the Bureau of Alcohol, Tobacco, Firearms, and Explosives' NFA registry.

On a state level, a range of restrictions may be put on what can and cannot be purchased. For example, New York and California have banned the ownership of the previously mentioned weapons all together. On the opposite end of the spectrum, states such as Kansas have a serious lack of gun control. According to Deseret News’ least restrictive gun control states article, Kansas does not require background checks prior to the transfer of a firearm between unlicensed individuals. It allows adults 21 and older to carry a concealed handgun in public without a permit. Kansas law also limits how counties and municipalities can regulate firearms. In 2013 and 2014 Kansas gun laws lowered control over firearms, despite the exponential rise in gun related deaths and mass shootings around the country. The revised laws allow employees to carry guns in schools, privatize concealed weapons permits, and prohibit the use of state money to publicize “gun control” issues. This is incredibly irresponsible. Not only do the revisions favor anti gun control policies, but it increases the numbers of guns in schools. Other states are following suit and increasing the presence of guns in schools. After 20 children and six adults died during a 2012 elementary school shooting in Newtown, Connecticut, at least nine states passed bills in 2013 authorizing armed school workers, according to the National Conference of State Legislatures States such as Georgia. Georgia is offering to arm teachers but the majority of schools refuse the offer - for good reason. The more guns in schools, the higher the chance of students getting a hold of them and causing harm. This is an issue, please address it. Thank you for your consideration.

Published on Oct 9, 2016
Report a problem... When should you flag content? If the user is making personal attacks, using profanity or harassing someone, please flag this content as inappropriate. We encourage different opinions, respectfully presented, as an exercise in free speech.
Cadillac High School

Students mental and physical well-being is negatively effected by the unhealthy lifestyles they lead while trying to meet the high expectations of ...

Many of animals are suffering from being tested on for our needs. A stop needs to come to the abuse given to animals.

The LGBT Community are Not Just a Number

This is coming from a 12th grade student, who is upset with both sides of politics seeing the LGBT community, and other minorities as just a number...

Young children should have restrictions on phone usage