For over the past year there have been several consistent headlines in the news. One of these ever popular headlines is, the refugee crisis in Europe and more countries currently. As a current student watching what is happening with the refugee crisis, I am very concerned.

According to the New York Times the number of refugees being accepted into the US is being increased by about 30,000 people this year. The new acceptance number, 100,000 people per year is considerably up from that of the previous 70,00 people per year. This is a step in the right direction for humanities acceptance and caring about one another. As President Obama said, “ This step… is keeping with the best tradition of America as a land of second chances…”.

However, only raising the number by 30,000 is not doing quite enough. By limiting the number of refugees allowed, it is, in a way, condemning thousands to death and hardship when it is preventable. Other countries are accepting a considerable number more than the USA. As a country we need to follow the lead set by the European countries. We have the capability to provide aid and shelter to these hurting refugees. We also have the land space that is needed to relocate such a large number of people. Since we have this capability the number of refugees accepted into the US needs to be raised so we do not alienate the refugees and the countries who are sheltering them currently.

In the process of accepting more people seeking refuge we follow the lead set by other countries and by our forefathers. The USA has always been a safe haven during its existence; from its split from Great Britain in the 1700s to the 1900s when thousands relocated from Europe. I hope that you consider accepting an even greater number in future. 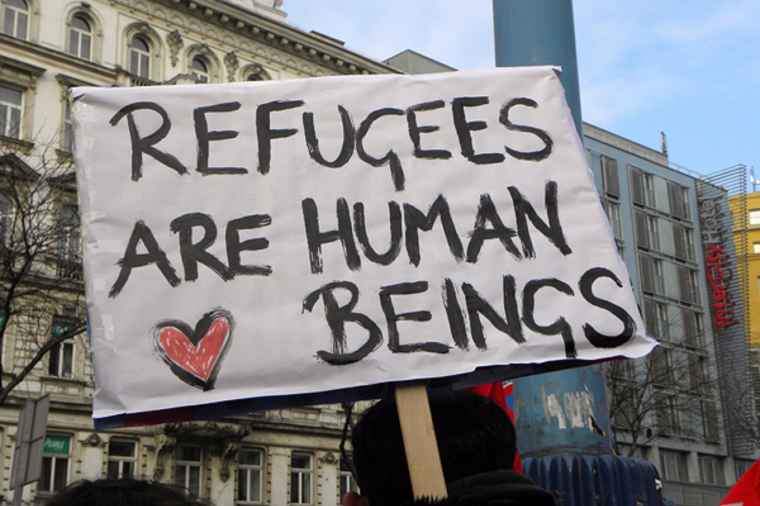 crisis refugees
Published on Sep 21, 2016
Report a problem... When should you flag content? If the user is making personal attacks, using profanity or harassing someone, please flag this content as inappropriate. We encourage different opinions, respectfully presented, as an exercise in free speech.
Cadillac High School

The Struggles of Being a Heroe

Letter discussing the issues in regard to the payment of military members in the United States.

Police Are Getting Out of Hand

There are too many situations where police act before they should and they need to be able to make the right judgements.

Our current president allows many refugee's into our country, which has been proven to be linked to many terrorist attacks, imposing increased harm...

While Americans, under the first amendment, are protected to freely express and practice their religion, hundreds of countries are not protected by...

Imagine The Life Of A Syrian

The Syrian civil war has been going on since 2011. More than a quarter of the Syrian population has been killed in this ongoing civil war. We're g...