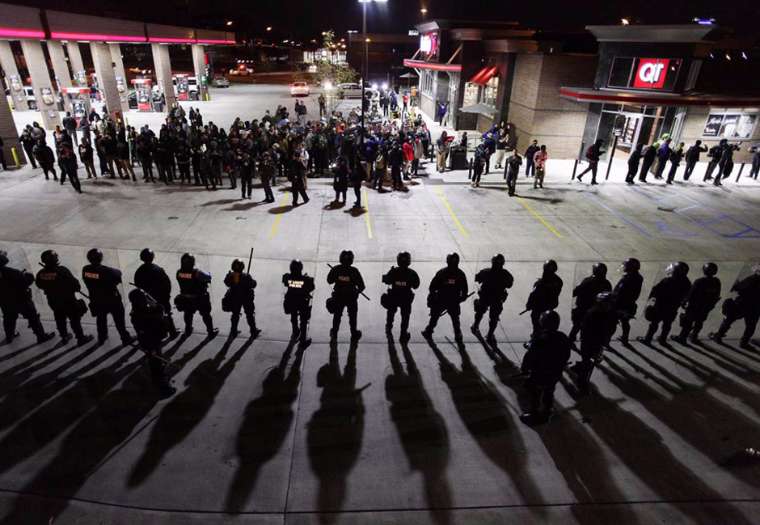 As you inherit one of the most diverse countries in the world, even labeled as a “melting pot”, perhaps the most pressing issue today is the racial tension that has developed in America surrounding police. Since the Ferguson riots in 2014, demonstrations and riots have broken out nationwide in almost every major city, with hundreds of thousands rallying behind Black Lives Matter. This group has united to fight what they believe to be the racist police in America. They fight under the idea, Martin Luther King Jr. once said, "We can never be satisfied as long as the Negro is the victim of the unspeakable horrors of police brutality”. I believe that one necessary piece of the solution is to require all police to wear body cams.

In the past, lack of responsibility paired with acts of outright brutality and misconduct from officers has sparked hundreds of race riots throughout our history. The lack of accountability enables officers to quite literally get away with murder. A Justice Department survey found that nearly 22% of police admit that fellow officers sometimes or often use "more force than necessary." In addition, 61% claimed officers do not report instances of ‘serious criminal violations of abuse of authority’ by other officers. One such abuse of power is the murder of Nathan Cosby. Over 20 federal agents and local police raided his house in the early morning, apparently to investigate what were false credit card fraud allegations against Nathan’s wife. When Nathan awoke in his bedroom, an officer outside his window shot him in the back of the head.

Officers are constantly escaping their crimes. In the case of Nathan Cosby, for example, none of the officers or supervisors were dismissed as a result of the murder. In fact, this is not rare among cases of brutality. Investigations against accused officers often lack transparency, which in turn creates distrust between the police department and the community. The best solution to eliminate police brutality is to mandate that every police officer must wear a body cam when on duty. Nothing else can substitute for an instant replay of events that are alleged to be police misconduct, including witnesses. The problem with witnesses is that they contradict each other and allow emotions to affect what they say. The mind is also fundamentally a flawed recorder, and generally they are going to be biased in their testimonies anyhow. Body cameras do not only benefit civilians, police who have been falsely accused of misconduct can also use body cam footage to prove their innocence. This is not all merely conjecture, however. A study conducted over the past year on body cam usage shows use-of-force down 47% and civilian complaints down 41%. Another study conducted in the UK reconfirms the findings. They found that when officers use cameras, police force, complaints, and assaults against police all dropped. Leaders in San Diego, a city that uses body cams already, stated, “both police and the communities they serve see the benefit. The cameras create a new sense of awareness that changes both police and community behavior”.

In summary, body cameras need to be immediately distributed to every police department in America. I hope that this letter has shed light on an issue that few people want to talk about. It’s clear that racial tension involving police is the biggest problem facing America, and that body cams are the solution.

justice system shootings Racism police brutality black lives matter
Published on Oct 15, 2016
Report a problem... When should you flag content? If the user is making personal attacks, using profanity or harassing someone, please flag this content as inappropriate. We encourage different opinions, respectfully presented, as an exercise in free speech.
Cadillac High School

Funding in the K-12 Education System

Funding for education needs to be increased in order to produce smaller class sizes and more teachers.

As a student, I see many people struggle in school due to lack of sleep. I think its important we help understand the Sid effects of sleep deprivat...

What is The Land of the Free without Free Speech?

When the land of the free is being called out internationally for the wobbly ground upon which free speech is finding itself, than we know we have ...

Letter to the next President regarding GMOs.

"So, what will you do to make sure that they don’t end up being another hashtag?"

Let The Punishment Fit The Crime

The laws that apply to every citizen should also apply to police officers equally. Police officers should get punished when they use unjustified br...

Relationship of the people with law enforcement

Citizens should solve their problem in a well thought out approach instead of disrespecting our national anthem.