The success of your recent campaign is likely to the 18-31 year olds; for many of these individuals, financing college is likely a pressing matter. In fact, statistics from Harstad’s Strategic Research reveal that about half of 18-31 year olds worry about repaying student loan debt. Considering this issue affects a large chunk of the population, I advise you to consider the following social, economic, and moral impacts of organizing and implementing a free public college program.

One cannot deny that the outrageously high cost of a college degree in the United States. This not only limits the number of people able to attend college, but it discourages the pursuit of higher education. According to CNBC’s article about the negative economic and social impacts of high tuition, “Rising student debt levels are changing how millions of people approach major milestones and core financial decisions, affecting longstanding social and economic patterns”. The author expands this claim to include how people are compelled to take higher paying tech jobs rather than pursue human service jobs because college left them in a black-hole of debt. If this pattern continues, our society will have a shortage of healthcare workers, social workers, and even teachers. Americans have also seen a change in family lifestyles due to student loan debt. On average, people are settling down, buying a house, and having kids decades later than they have in the past. This contributes to the poor housing market and, furthermore, with fluctuating birth rates we have seen over the past several years. All in all, these social problems develop because the cost of college currently outweighs the benefits of having a degree.

While some argue that scholarships may alleviate part of the burden, they are actually hindering the government’s ability to finance college for all qualifying students. Jeff Bryant of the Education Opportunity Network notes, “[currently] $69 billion is spent each year on government aid to students. If public colleges and universities were to be made available to qualified students without charging tuition, the total cost would be estimated $6.2 billion.” Essentially, we are spending more money to assist a small percentage of students rather than using what we have to provide college to those willing to work for it. Not only does this system waste money, it simply doesn’t make sense.

To take it a step further, unforeseen costs of free public college can be covered with a slight tax increases on the richest of the rich. Rep Jan Schakowsky’s Faimess in Taxation Act “increases tax rates for millionares and billionares on a graduated basis to a modest top rate of 49%...would raise $872 billion over a 10-year period.” Though the affluent will oppose this increase, they would still have plenty of their fair share and they would be promoting a more educated society. Considering their basic needs-along with many luxuries-will still be met, it is selfish to hoard resources while a significant amount of the population struggles to pay for tuition. Greed should not be allowed on such a grand scale; as a member of this society we must be conscious of our role and how it affects others.

If these steps towards making college free were implemented, there would be a range of benefits. Firstly, it would stimulate the economy. New graduates would be able to afford to make large purchases such as a car or house. This would in turn allow them to start families early, fixing the recently offset birth rate. In addition, graduates would have more disposable income to throw back into the economy. Finally, this would promote the pursuit of higher education. If a student enters high school knowing their hard work could lead to a professional degree and career-regardless of their current financial circumstances-there would be a higher incentive to do well. This attitude would result in a more informed, functional society.

Now that you have explored alternatives to the current system, may you go forth and revolutionize the American Education system. I believe this change is one that will go down in history next to the legalization of gay marriage, women gaining the right to vote, and the civil rights movement. A common thread runs between these topics: basic human rights. Knowledge should not be limited to those who were born under the right circumstances; knowledge should be readily available to anyone willing to learn. So next time you wonder about your impact as president, ask yourself “should I put a price tag on knowledge”? 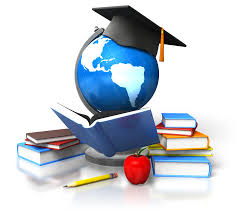 Education Costs education student debt economy civil rights
Published on Sep 21, 2016
Report a problem... When should you flag content? If the user is making personal attacks, using profanity or harassing someone, please flag this content as inappropriate. We encourage different opinions, respectfully presented, as an exercise in free speech.
Cadillac High School

The federal government and Wall Street should not be the ones benefiting from tuition debts , mainly because millions of students are struggling to...

What Kind Of President Are You Going To Be?

This letter is attesting to the fact that love is the only thing that can cancel hate. With that being said, I want to know what kind of president ...

Islamaphobia: One of Many Problems

At the root of our country lies a distorted idea of freedom, in which only certain people are guaranteed rights based on whatever characteristics o...

I believe that it is time for the electoral college to go. I grew up always hearing that I have a voice for America’s next president. The past yea...

People are supposed to be against gun control, but they're actually not.