Because of the ongoing water crisis in Flint, everyone knows about lead; knowledge of its influence is ubiquitous and uninteresting, though the detrimental effects of lead in the environment are only thought to happen in homes with painted windows and old water pipelines. However, lead was once prevalent in America in a manner that has been largely unexplored in terms of societal influence: leaded gasoline. Tetraethyl lead was first used by General Motors in the 1920s to prevent knocking and pinging in high-performance engines, but the gasoline additive gradually declined in usage during the 1970s after the invention of the catalytic converter and an increase in regulations by the Environmental Protection Agency.

Falling gasoline usage affected more than the environment; in the 1990s, government leaders, such as New York mayor Rudy Giuliani, received praise for significant decreases in violent crime. According to Kevin Drum, author of "Lead: America's Real Criminal Element," New York City had indeed experienced a drop in crime rates, with rape rates dropping 17 percent, assault dropping by 27 percent, robbery by 42 percent, and murder by 49 percent from 1993 to 1996. By 2010, this number dropped by 75 percent in New York, but crime in other major cities also dropped, with Washington, D.C. dropping by 58 percent, Dallas dropping by 70 percent, and Los Angeles dropping by 78 percent.

Leaded gasoline and crime rates seem at first to be unrelated. However, lead exposure and crime rates follow the same pattern in cities across the world, with the fall in criminal activity nearly identical in pattern to the fall in usage of tetraethyl lead, with the peak of childhood lead contamination through leaded gasoline resulting in an identical peak in violent crime two decades later, right when lead-poisoned children became adults. The rise and fall in crime was proportional to the rise and fall in lead exposure, Drum claims: "In states where consumption of leaded gasoline declined slowly, crime declined slowly. Where it declined quickly, crime declined quickly."

On the individual level, too, there is overwhelming evidence for the consequences of lead contamination. Jascha Hoffman reports in The New York Times that children exposed to even minuscule amounts of lead develop lower IQs and higher arrest rates for violent crime as adults. Drum agrees, adding that lead exposure leads to a loss of brain mass in the prefrontal cortex, which controls impulses, hinders aggression, and regulates emotions. Lead poisoning also results in higher instances of attention deficit/hyperactivity disorder. Though these effects pose little issue for many, others already at risk become more likely to commit violent crimes.

Though the United States banned leaded gasoline in 1996, the lead itself has infiltrated the environment by seeping into the soil, especially affecting cities and other areas with high traffic (and high crime) density. Drum reminds us that this lead never truly leaves: it resurfaces into the atmosphere through the process of resuspension and impacts society for years to come. In fact, he estimates that, due to this continued resurfacing, as much as 90% of crime would be eliminated if environmental lead was removed nationwide.

Rick Nevin, a senior adviser to the National Center for Healthy Housing, estimates that cleanup of the two largest lead sources - lead-painted windows in pre-1960 houses and soil removal - would cost the federal government $20 billion per year for two decades. However, the economic benefits outweigh the costs, with $30 billion in cognitive benefits alone through higher earnings potential, and even just a 10 percent drop in crime could produce additional benefits of over $150 billion per year indefinitely.

Because of this significant benefit to society, a lead cleanup is not only advisable; it is necessary to create a society that is productive, healthy, and safe. Through removing lead from our environment, we invest in the future of the United States and the future of the world by setting a precedent for community concern and economic prosperity to create citizens who are happy and engaged with the world. Lead contamination affects our society tremendously, and its ubiquity goes unnoticed without crises like that in Flint. We have a responsibility to provide citizens with all possible opportunities to prosper and succeed, and removing environmental lead would draw us closer to those opportunities and closer to a nation of citizens who are engaged, hardworking, and--most importantly--safe. 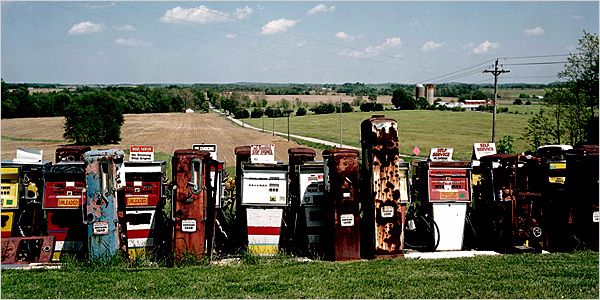 criminal justice system leaders environment safety health
Published on Oct 4, 2016
Report a problem... When should you flag content? If the user is making personal attacks, using profanity or harassing someone, please flag this content as inappropriate. We encourage different opinions, respectfully presented, as an exercise in free speech.
Cadillac High School

The federal government and Wall Street should not be the ones benefiting from tuition debts , mainly because millions of students are struggling to...

This letter is my stance on why abortion should remain legal

Mortality: a Dark Time for Bees

Bee populations are dying out which is creating a problem for the state of our ecosystem and economy.

My Thoughts on Criminal Justice

Many things about our criminal justice system are driving me crazy!!! From unequal sentencing to a poor rehabilitation programs, not to mention lim...

Guns keep our streets safe and should not be restricted