Homosexual, bisexual, asexual, pansexual. These are just a few of the countless sexualities of the LGBT+ community. Same-sex marriage was legalized in the US last year, but it is still opposed by many. LGBT stands for lesbian, gay, bisexual, and transgender, as these are the most common sexualities and gender. About 5% of the American population experience (some form of) same-sex attraction, which is over 8 million people. Approximately 1.4 million adults in the US identify as transgender, which means they consider themselves to identify as a different gender than the one they were assigned at birth. People of the LGBT+ community shouldn’t be hated or feared, they can’t control who they are.

Homophobia is the hatred (or fear) of gays. It’s the reason why so many people are afraid of ‘coming out of the closet.’ This is a terrifying experience for LGBT+ youth because they have to explain to people that they’re different from most, and have no idea of what reaction to expect. In some cases they’re lucky, and become accepted. In other cases it’s a disaster, they could be kicked out of the house, sent to conversion therapy, or even beaten. Another thing they have to be aware of is PDA, which stands for public display of affection. If there’s two guys walking down the street together holding hands, they’re bound to get unwelcoming glares by strangers. This can be troubling to some gay couples, because they’d feel embarrassed or ashamed, or people could treat them differently. This is NOT fair at all. Another issue is the homophobes’ logic. People who are against LGBT+ rights usually argue it’s wrong, and that even God would be against it. What they don’t know however, is that being different isn’t a choice. It’s instinct, just like how most of the population prefer the opposite sex. Additionally, others being gay or transgender doesn’t affect you AT ALL. Opposing gay marriage is like canceling someone else’s order at a restaurant because you don’t like their food, it doesn’t make sense.

One way of reducing homophobia is having more pro-LGBT advertisements. If we had celebrities in ads telling people that we should protect the rights of LGBT+ citizens, I’m sure lots of people would believe them. Additionally, because celebrities are such a vital part of modern society, probably every single person in America has a role model, which makes the solution have an even greater effect. Imagine opening a YouTube video and seeing Sia, under her wig, talk about how she doesn’t support gay rights, she supports human rights. Pretty convincing huh?

Another way of banishing homophobia is to ensure that we have future generations of acceptance. We should educate our children about how some are different, but that they shouldn’t be treated differently. That way, homophobia would slowly die out, leading to more cheers and hoorays. If our children grew up with that mindset, EVERYONE would be accepted, and those occasional stares at boys holding hands would vanish. Additionally, people wouldn’t have to be afraid of ‘coming out of the closet’ anymore. They might not even have to come out anymore, because being LGBT+ wouldn’t be considered wrong or different. THAT sounds nice.

Homophobia only exists because some don’t support human rights, but we can take action. LGBT+ rights should be supported because we shouldn’t need to have people fearing what others think of them. This is a crucial topic because the lives of over 10 million Americans are greatly affected. We should have pro-LGBT commercials featuring celebrities to express the messages of love and support, and educate our children to support human rights. If all of this is carried out, America would actually become great. 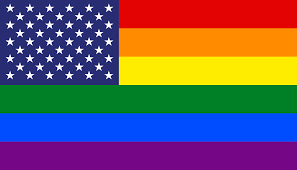 lgbt lgbtq community lgbtq rights human rights
Published on Nov 14, 2016
Report a problem... When should you flag content? If the user is making personal attacks, using profanity or harassing someone, please flag this content as inappropriate. We encourage different opinions, respectfully presented, as an exercise in free speech.
Peterson Middle School

America, why do you try so hard to be different?! How come the US is basically the only place where you have to be 21 to have any form of alcohol?

Gun Control is a Big Issue that Needs to be Solved in the U.S.

Women should be able to choose whether to bring life into the world or not. It is their body and their future.

You don't need to be religious to believe Abortion is wrong

Dear Future President, My name is Kristin Kirkpatrick, and I live in California. I am writing you because although America is great, there are m...

Of Borders and Papers

Immigration a super big problem in the US.

The paragraph is about the important things the United States needs.

Persuasive letter to the next President arguing for the protection of rights for LGBTQ persons.

This is about gay rights

I think that gay marriage should continue to be legal.

Assure the Safety and Future of Gay Citizens

Gay Americans are still the target of hate crimes.