“Abortion, the deliberate termination of a human pregnancy,” (Dictionary.com, 2016). This topic has caused much debate in politics, hospitals, and American homes. I myself, am pro-choice, Why? Because I believe in a woman's right to choose what is done with her body. I believe that people make the choices that are right for them. Woman should not be forced to bring a child into this world that will be unloved, unwanted, treated badly, or possibly abused. According to the Fourteenth Amendment Section 1: “Nor shall any State deprive any person of life, liberty, or property, without due process of law.” This may not directly mean abortion, but the supreme court in 1971 under the Roe V. Wade case, said that the Fourteenth Amendment can be used in the abortion case. Their reasoning was that the law has no right to control other people's choices without good reason too. Which means that abortion should be up to the person not the law. People's circumstances are different. Some may be able to afford an unwanted child, others cannot. Abortion needs to stay legal for women's rights and other reasons I will explain.

Abortion affects all people, woman, men, children alike. One of the biggest reasons for abortion needing to stay legal is rape. Many of the websites, books, and articles I read from pro-life activists either ignored the question of rape or said that women should birth the child regardless. “Pro-life individuals, avoid the question of whether abortion is okay in the cases of rape,” (Students for Life of America, 2016). Regarding rape, more than 683,000 american women are raped every year. 10% of those woman, many teens from the ages 13-17, become pregnant. “Early childbearing may be life-threatening to both the mother and the child. Mothers younger than 17 face an increased risk of maternal mortality because their bodies are not yet mature enough to bear children,” (Advocates for Youth, 2008). Child birth at a young age can cause terrible consequences. Many teens that have given birth have shown signs of depression and anxiety. Reports have shown that some of the teens had even wished they had gotten an abortion when they had the chance. Even if they give the child up for adoption the mothers can face a series of problems such as vitamin deficiencies, pelvic bones not growing to full size, and unnatural weight loss and gain, just to name a few. Rape is something that is not going to go away, many rapists are drug addicts making their children more likely to have an addiction or other problem. Therefore, it would be safer for the mother and the child to get an abortion. Next is pro-life activists avoiding the situation of rape all together. Again, more than 683,000 women are raped every year and that number is not going down. Avoiding rape is not going change the numbers, if we address the situation and create ways to fight rapists we might actually make the numbers go down. Abortion is one of the ways we can help fight for not only women's rights but health and safety as well.

Now that I have explained what can happen without abortion in place, I would like to propose a solution. I would like better funding for abortion clinics across America. This would allow for safer procedures, and hope for woman who make mistakes. Woman who have children at a young age are more likely to not get a job or even finish education at high school. Abortion will allow women a chance to start over. If we provide better funding to Planned Parenthood and other organizations we will make abortion available to more people.

Abortion needs to stay legal and preferably better funded. Abortion is not only important mentally and physically for woman, but for our country as well. America is great because we are a country that promotes freedom, so why don't women have the freedom to regulate what goes on in their bodies? A woman's right to choose shows that we have taken steps to improve women's rights. Future president, I ask of you to enforce women's rights, and to better fund abortion. Give woman the right to choose what is done to their bodies.

“I have met thousands and thousands of pro-choice men and women. I have never met anyone who is pro-abortion.” 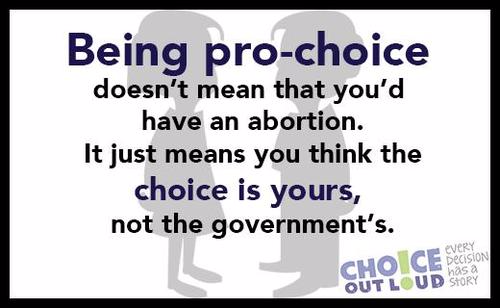 abortion pro choice rights choice
Published on Nov 14, 2016
Report a problem... When should you flag content? If the user is making personal attacks, using profanity or harassing someone, please flag this content as inappropriate. We encourage different opinions, respectfully presented, as an exercise in free speech.
Peterson Middle School

Racism is a really tough thing that needs to be stopped since it is creating big problems around the world.

Animal abuse is a deadly action that can change an animals life permanently.

There is way too much homework given to students in middle school through high school. This is causing problems for some people.

My letter is telling the next President to make sure we continue funding Planned Parenthood. I included stats that showed what the organization acc...

While in the white house please make sure that you make us get out of the debt. As much as Obama was a good president, even though you are bet...

Is the education system being unfair?

Why is it that the education system should be getting better, but efforts to improve it result in it being more corrupted as generations pass? The...

Racial Profiling in the United States

Although racial profiling is looked down upon by the Constitution, it is still a vast problem within the country. White supremacy rules our country...

Dear future president, Abortion is just like committing a crime and should become illegal.

Abortion is a decision that should be allowed for all women.