In America there has been many tragic things or actions that have been involved with guns. There has been too much attacks which are very tragic, families desperate, and more attacks might come. But there can be an end to it by having a law where there might be a gun policy on how people can only have a hand gun not like a AK-47. I wish that there can be a stop to this. I want to see a stop to this because Iv'e seen many things on the "Trending" page on youtube it shows a video of many people attacking at not behaving with guns. This must stop because I think no one should get killed by a gun or any type of weapon because it's not right.

According to USA Today it states that "Voters in four states will decide on proposed gun restrictions next month, as gun-safety proponents, often rebuffed by Congress and state officials, increasingly turn to ballot initiatives to push passage of stricter firearms laws. Also it stated that "Gun-safety advocates say the wave of new ballot initiatives — along with intensifying focus on the issue in the presidential race and in a handful of hotly contested U.S. Senate races — mark a dramatic shift from a little more than three years ago when the Senate defeated a compromise plan to ban some semi-automatic weapons and expand background checks."

Finally I will give reasons on how we can make a policy or a law on how we can end gunviolence in america, and how it will affect america. These reasons are my opinions so they might not be the best but I think it might be the right ideas for gun control, and gun policy. By having these situations solved I would be happy and happy for other people because when they have seen a law about guns passed on the ballot they would be glad that there would't be anymore violence. 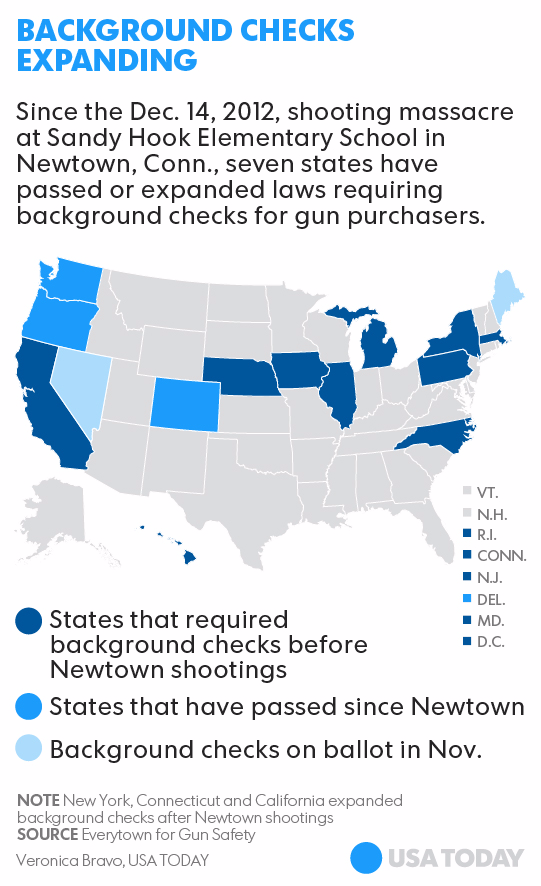 Published on Oct 9, 2016
Report a problem... When should you flag content? If the user is making personal attacks, using profanity or harassing someone, please flag this content as inappropriate. We encourage different opinions, respectfully presented, as an exercise in free speech.
Mendez Fundamental Intermediate School

Looking into a Better Future!

Drinking age should be 18

I wrote about how the drinking age should be lowered to 18.

The issues that firearms have developed throughout the years, neglecting safety from many Americans and the position ​of having an increase gun con...

Gun violence is a huge problem that happens all the time, but it needs to be stopped, and there are a few ways to prevent it.

The video is about how Muslims are being discriminated because of all of the false information people have about it, its time people know what Isla...