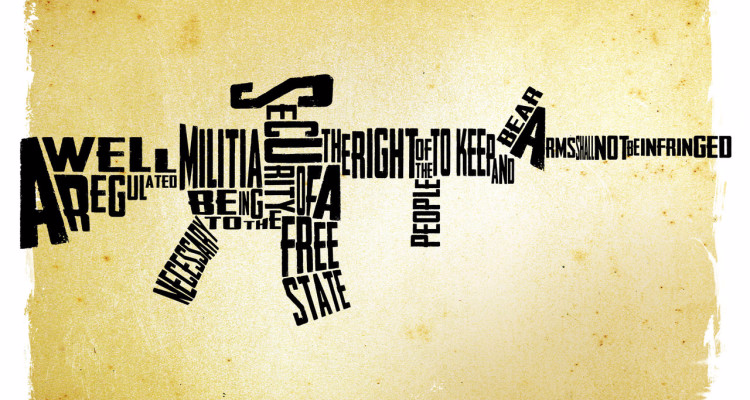 To be armed, or not to be armed. That truly is the question. The concept of the 2nd Amendment was devised from the notion that the citizens in a free country have the right to establish a regulated and  well-armed militia. It was established as safeguard in the event that the government corrupts and turns against everything it was founded on, or in the event that a country is attacked by a foreign power and the nation is unable to provide sufficient military response. But to what extent does this cover? When is there not enough regulation? Who decides? These are all questions that make the topic of gun control and the 2nd Amendment so controversial.

Today we are faced with a nation yet again divided, however this occasion with guns. Some say that guns have no importance to the safety of citizens, that guns are only restraining our society by allowing people the power to take a life. The opposite is true. According to a chart by AEIdeas the more guns that are owned by citizens, the less homicides that occur; due to the fact that the more guns that are in possession for self defense, the riskier it gets to break in to a home or attack someone. 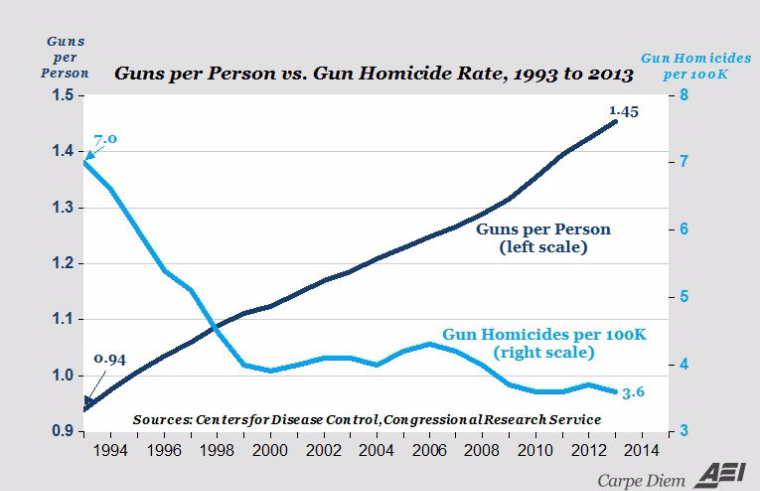 In another attempt to create a stricter gun control, CNN’s John Donohue is quoted as saying that guns have a “constant potential -- particularly in the case of handguns that are more easily manipulated by children and more attractive for use in crime -- to harm someone in the home or (via theft) the public at large.” The argument is trying to cause a shift in gun control by appealing to concern over children accidentally shooting themselves, however, it ignores the numerous technological advancements that inhibit the accidental firing of a gun: safety being a standard on guns, a lock that is loaded into the chamber of the gun that extends to the outside of the gun so that someone can’t accidentally fire a gun, and there are even guns custom made called smart guns that prevent accidental discharge of bullets and that scan the owner’s fingerprint so that it doesn’t fire unless it’s the owner firing. Guns are constantly being reviewed and improved on daily in order to make them safer in the living environment. Additionally, there are many tests that are run in order to make sure that the person buying the gun is mentally and physically able to possess the gun.

The problem with criminals is not the system of checks, it’s the extent in which they- the criminal- is willing to go to in order to posses a gun. No amount of laws and checks will get rid of the sources criminals have to get illegal items. Look at the 18th Amendment- the Amendment in which prohibition was established. Citizens found ways to illegally obtain alcohol regardless of the ban, whether in a speakeasy or from a friend. The citizens that were determined enough to get the alcohol found a way to get it, just as a criminal would find a way to get contraband guns regardless of laws or even Amendments to the Constitution.

The right to be armed is a right given to citizens of the United States of America by the founding fathers to ensure the safety of the citizens and in order to give citizens a chance to stand up for democracy in the event that the government's system of law infringes upon the freedom of the people and upon the ideals and the best interest of the people.

freedom 2nd amendment gun issues
Published on Nov 6, 2016
Report a problem... When should you flag content? If the user is making personal attacks, using profanity or harassing someone, please flag this content as inappropriate. We encourage different opinions, respectfully presented, as an exercise in free speech.
Allen Park High School

Rape Culture in the Media

The media continuously makes excuses for heinous acts that demoralize victims of objectification, and it needs to be stopped.

Political Correctness (And Why it isn't Correct)

Dear New President, there is a rather large problem in the United States as of now, and that is: Political Correctness.

When are we going to stop demeaning women?

Teenage pregnancy is a dilemma that many teen moms don't know how to handle.

Organs for transplant are scarce, so why is America making them even scarcer?

Guns, Why we Should do Something About Them

Reasons why we should make stricter gun control.