The Twenty-Sixth Amendment was passed in March of 1971 simply because, American young adults felt as if they were old enough to fight for their country, they are old enough vote. Today in 2016, the voting age remains at eighteen. The average student graduates high school between the ages of seventeen and eighteen before they are forced into the world of politics.

This topic raises an important issue; How can today’s educational system prepare teenagers to be more aware of the importance of politics, and the effects of having the right to vote on their future?

As a pupil in the American school system, I am not informed enough to partake in the electing of presidents and changing laws. Young adults, little as eighteen, are responsible for their actions. At this age millennials are expected to be engaged in politics, fulfilling their duty as a citizen. Peers of mine have mentioned a political “fact” that they had read off Twitter- learning later in class that it was just a myth. Results being millennials voting on a foundation of false information. Adding class time to discuss political events can abolish this situation. This could also increase voting, students stride to use the knowledge of school outside the walls. If young adults are aware of the content they are voting for, they will be interested to change history.

To the next president, the challenge is to review the curriculum of the current system to inform high schoolers more effectively on how politics will affect the country as a whole. It’s an American citizen’s duty to vote, therefore it should be done right. Preparation needs to take place before these young adults leave high school and experience the right of their voice in the government.

According to The Economist, during the midterm election of 2010, only 42% of registered voters casted a ballot. Of that, only 21% were between the ages of eighteen and twenty-four. The next president needs to set a goal of increasing this number by five percent while in office, and step it up in increments to add an additional percentage over time.

The current reputation of politics is generally perceived as the elephant in the room. The only way we can fix this, is to talk about it. How can we choose a leader for our beloved country, if we can not address the differences and similarities of the candidates? Politics is an obligation to hold ourselves accountable to advance the vision of this great country. The only way to progress as a country is to listen to each other’s viewpoints and acknowledge them. As a country, we can get youth more involved in voting by increasing the conversation within the school walls while their attention is focused on education. We can set a precedent by distributing articles and having socratic circles about important political topics.

As the age group that will define this country in years to come, who spend more than half of their day sitting in a classroom, teachers should take the opportunity to discuss current political events to prepare that age group of future voters. Go forth and conquer this challenge! Be the political leader that these youths need, stand up and take notice. Let’s make the Twenty-Sixth Amendment worth its value. 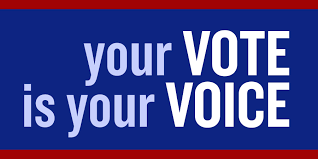 voting politics amendment young voters high school graduates
Published on Nov 8, 2016
Report a problem... When should you flag content? If the user is making personal attacks, using profanity or harassing someone, please flag this content as inappropriate. We encourage different opinions, respectfully presented, as an exercise in free speech.
Allen Park High School

There are people in need of service dogs and there are thousands of stray dogs roaming the city streets of the United States. Rehabilitating these ...

Our energy sources are inefficient and running out, and we continue to waste them at a dangerous rate.

A Nation of Lazy Citizens...America

The United States government has enabled its citizens to take no responsibility for their actions, this has inevitably created the inactive citizen...

National Security Dear Future President, 9/11 was the most tragic day in America 2,996 people were killed that day and more than 6,000 were wo...

The wage gap affects millions of people. From celebrities like the stars from the United States Women's National Soccer Team, to ordinary people li...

Voting Does Not Allow Crime