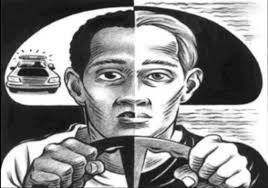 Former Attorney General of the United States, Eric Holder, once said, “Though this nation has proudly thought of itself as an ethnic melting pot, in things racial we have always been and continue to be, in too many ways, essentially a nation of cowards.” Seven years later, this quote is still true because our country still faces major problems with racial inequality. Recently, there have been multiple shootings across the U.S just because some people of one race despise some people of another. As our future president, I think that you should work on fixing the bond between the different races in our nation.

To begin, it is important that you do something to help your citizens because many people are doing harmful things to police officers. For example, there have been multiple police shootings across the nation. In fact, according to CNN, there have been “38 shootings from January 1 through August 26 over the number (24) for the same period in 2015," the fund said. Recently, there has been a decrease in our population due to police shootings. Some of your citizens do not like our police officers and some of the police officers do not like some of your citizens;just because of our color, our race, and our religion. Additionally, we need someone who can reinforce the police and justify the racism in our nation because, in the past few months, the racism in our country has gotten worse. According to CNN, “The blunt, brutal twist is that racial roles are reversed to show the police as black and the victims as white.” Maybe that’s why so many of us try to avoid the fact that “we can live with, guaranteeing that what we believe -- whether "we" are black or white -- will always be validated.” Do you think you are capable of helping the people fight the racism in our country? Finally, since there have been so many conflicts in our nation we need a solution to all of the shootings and protests because we need a peaceful and protected country. A little while back, protests started between black people and police officers which have started a chain reaction of disputes between the two races. According to CNN, “ … protesters marched outside a convenience store in Baton Rouge, Louisiana, where Alton Sterling was fatally shot Tuesday while police tackled him in a parking lot.” The next day, people met "at the site of the shooting to hold a vigil for Sterling." People didn’t think that Sterling was guilty as most have said. Sterling was one of my teacher’s friends who had treated him as a brother even before he knew him. We don’t need violence and loss in our country; the people want a safe and calm environment where they don't have to worry about being shot or racism or terrorists.

Best of luck to your presidency,

Racial inequality is a problem facing our country and we need someone to fix it.

In this letter, I explain the necessary need to humanely regulate and enforce immigration laws.

That time has come, high school students' favorite time of their life, high school graduation. Once they cross that stage and are given their diplo...

There are many issues associated with the high cost of college tuition.

Police Brutality has gone viral over social media and the news. This problem is happening everyday and it needs to be stopped.

When will we see justice?

Oppression against minorities and social changes that must be made.

I argue that the disproportionate killings of people of color is an issue that needs to be addressed.