When taking office as president, it is very important to respond to the problems on immigration because terrorists are coming through our borders. As said at immigration policy.org, “”In 2014, around 47 percent of immigrants (20 million) were naturalized U.S. citizens. The remaining 53 percent (22.4 million) included lawful permanent residents...).” This means that over half of the United States’ immigrants are illegal, however, they are being made legal Many people believe that there are ISIS terrorists sneaking through the southern border. Secondly, as said in http://www.institutionalinvestor.com/, “...but, we’ve gone into reverse on immigration and are sending [jobs] out…” This means we need immigration to keep up the population for a succesful economy. Jobs are important because this is how we make money to buy things and support our economy. This leads to “...Immigration is good…” as said in http://www.institutional investor.com/. This means immigration is good because it keeps our economy good and running, however, illegal immigrants don't pay taxes and that's not fair to the hard working legal citizens who pay taxes.

Once more, Mr./ Mrs. President, please establish a stronger border to protect our country. Even though I am too young to vote, I understand that the border is very important. I believe that terrorists are coming through. If we increase our border protection, terrorists will have much harder of a chance getting in which leads to a stronger social security. 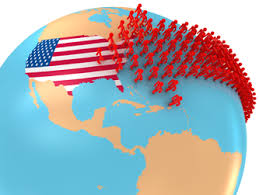 Student Loan Debt Needs To Be Put Under Control

High school graduates have huge debts because they can't afford to completely pay off their college fees. This is the only type of consumer debt th...

Student loan debt is a big problem that really needs to be fixed.

Student Loan Debt Is Too High

Most people have very high student loan debts that must be paid off.

The minimum wage in America should be raised because of how much income affects a child's life. The current minimum wage is not enough for a family...

My outlook on the Black Lives Matter movement

The high cost of college is becoming a major problem to many people.

These are very important questions for the upcoming president

What would you do?

Your citizens all have questions and I had three simple questions for you that you need to read because they are very important.

I am writing this letter because of some of the problems in the United States concerning immigration. Lots of people are worried about what would h...

Immigration should be stopped.

Terrorism is rapidly killing and threatening us. Fear for terrorism is tearing through our country like plagues, separating our countries. Death ...

I think that the president should allow illegal immigrants to stay in the U.S. A.