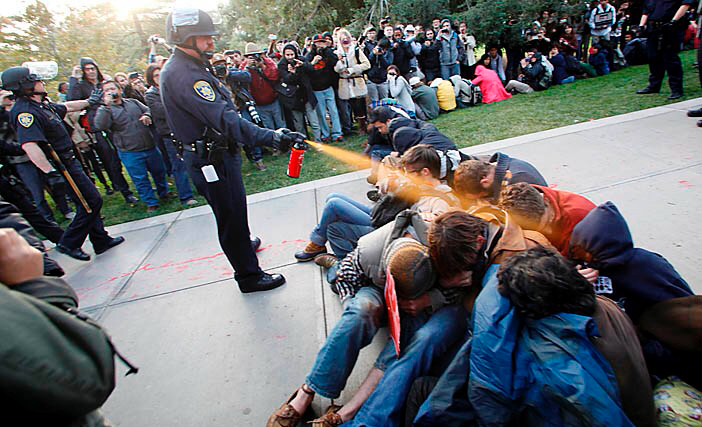 I am writing to you about police brutality because I personally believe it was one the biggest issues in America today. I am seriously interested in the possibility of one day becoming a law enforcement offficer when I am older. If I do pursue this career, I am sure that I will make it a goal of mine to do whatever I can to end police brutality. I am sure that you are well aware of the presence of police brutality and what causes it. I encourage you to do soemething with this knowledge, make a change.

Citizens of all races and ages are being harassed and mistreated by law enforcement, often time due to racial stereotypes. A strong example of this today is the treatment of African Americans by law enforcement. Decisions based on racial stereotypes made by officers of the law often end fatally for the those involved. Statistics show that unarmed African Americans were killed by police officers at 5 times the rate at which unarmed white citizens were killed. There was a total of over one hundred unarmed African Americans killed in 2015. This number suggest that around 2 unarmed suspects were killed each week (MappingPoliceViolence). Minorities are not the only groups of people that struggle when dealing with police officers; young adults are another group of people that are often affected by police brutality. There are many simple reforms that can be made to help improve the relationship between citizens and police officers. Increase body cameras on police officers, improve training, and most importantly, make punishments for misbehavior more severe. Will these things end police brutality all together? I doubt it, but it's a start.

Although I may never experience harassment by law enforcement first hand, I still have a strong understanding of its presence and the issues that cause and surround it. It will forever be a part of my life; it will affect me in one way or another. Its presence will continue to disturb me. It will continue to anger me. I have a feeling that I will continue to witness horrible incidents related to police brutality on social media and in the news for possibly the rest of my life. So my question to you is, what will you do to put an end to police brutality?

citizens equal rights laws discrimination police brutality
Published on Nov 7, 2016
Report a problem... When should you flag content? If the user is making personal attacks, using profanity or harassing someone, please flag this content as inappropriate. We encourage different opinions, respectfully presented, as an exercise in free speech.
Nipmuc High School

Both the candidates have very different views, but I think the choice should be up to the mother.

This letter is about how sex trafficking is affecting our world slowly, right in front of our eyes and we don't realize so we don't bother to help.

LGBT Rights: Why we must preserve and extend them to others around the world.

Persuasive letter to the next President advocating the preservation of LGBT rights in America, and extending these liberties to LGBT members locate...