I believe that drugs are a huge problem in America. The U.S leads the world in illegal drug users and about 20,000 people die annually from drugs every year. This is why we should legalize every drug. This statement may sound crazy, but if this were applied it would highly reduce the amount of illegal drug use across America. Legalizing all drugs and supporting addicts will cut out illegal drug trade across America.

Right now our idea of stopping the use of drugs is to arrest all of the drug dealers, but this will never work. There is always another person there to take the arrested dealers place. Also most, if not all, dealers across the U.S get their drugs from other dealers, and those people get theirs from others, etc, so the only way to stop all illegal drug trade is to stop it at its source. The best way to do this is to buy from the original dealers ourselves and distribute them legally. One effect of this would be that we would greatly reduce the number of overdoses because we are always giving addicts the exact amount that they need and nothing more, nothing less. Also, it would help us gain more money with another way to collect tax dollars. Lastly, it would help us free up jail space. This would give us space for the real criminals. Plus this would decrease the amount of tax/government dollars we have to waste on the people in jail because there would be significantly less.

The best way to learn how to fight drugs would be to talk to someone who has already beaten drugs. A system like the one I have proposed is based on of the Netherlands, a country that has already legalized all drugs in their country. In the Netherlands, a drug addiction is seen as a mental health problem and they treat it like PTSD or an alcohol addiction. Because of their work they have significantly cut down on drug use in their country. For example three times the amount of people in Baltimore overdose than all of the Netherlands in one year. This shows that the Dutch know how to handle the war on drugs. Drugs are a gigantic problem in the U.S and we should look to the people that have already beat drugs to figure out what we should do.

Drugs in America are a big problem in modern day America. Without it, we could focus on other important topics like global warming or racial equality. The best way to fight drugs is to legalize them. Also, you should talk to Dutch leaders and ask for their input on how we should fight against drugs. If you helped America do this we could end the war against drugs with a win. 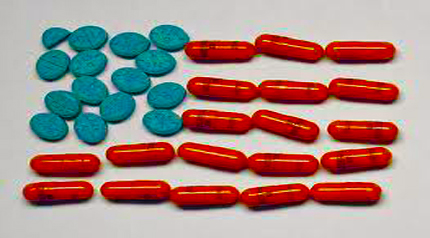 deaths marijuana legalization drug policy health
Published on Oct 31, 2016
Report a problem... When should you flag content? If the user is making personal attacks, using profanity or harassing someone, please flag this content as inappropriate. We encourage different opinions, respectfully presented, as an exercise in free speech.
Exeter High School

Medical marijuana could be used to help patients in pain all around the United States, if we legalized the use of it.

Why do people have to pay to survive health care should be free.