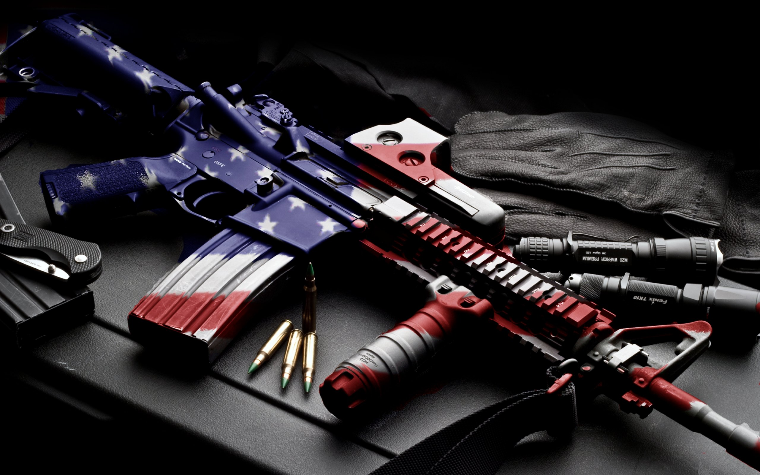 Your first task holding the nation's highest office will be to place your right hand by your side and promise to “preserve, protect and defend the Constitution of the United States.” I think I hold the unexceptional view that the founders of this country were not perfect individuals and their ideals are not compatible with the social standards we hold ourselves to today. By including instructions for amending the Constitution, the framers of the document demonstrated they knew it was not perfect in its initial form, so today I ask you to reflect upon the controversial Second Amendment. It is my firm belief that considering the Second Amendment as a flawless benchmark for your policy decision-making can only have negative repercussions.

First, allow me to establish that most constitutional scholars agree that there are no ‘absolute’ rights guaranteed by the Constitution. This is attested by Adam Winkler, a professor at the UCLA School of Law, when he says in a Washington Post article, “The Supreme Court has said repeatedly that no right under the Constitution is absolute." Essentially, when the government sees it is more critical to put limitations a right than to not do so, they will restrain it. It is quite peculiar to me that most citizens will agree that one's rights to free speech and to practice any religion have obvious limitations – rights in the First Amendment – but, those same people may not apply the same exercise of moderation to the Second Amendment. The reason for this? It seems to me that a sizable portion of the population has their judgement clouded by the corrosive gun culture by which we are enshrouded. Every week there seems to be another case of a mentally debilitated person or a criminal committing a mass shooting, and nothing is done to prevent it; CNN wrote an article titled “A visual guide: Mass shootings in America” which notes that the first half of 2016 saw 136 mass shootings, and to go along with this, every time a shooting occurred it correlated with a sharp spike in gun sales. This data clearly points to a self-perpetuating problem that began with Obama’s presidency. However, if people feel cynical about the state of violent crimes and the escalation of those crimes in the past few years, should the media be to blame for relentlessly covering these events? Not exactly! The United States Bureau of Justice Statistics - in a special report titled Firearm Violence, 1993-2011 - documented that there are still thousands of homicides committed every year and over half of those are committed with use of firearms.

Another valuable resource to consult in the gun debate is The Supreme Court of the United States. The Supreme Court, our nation's arbiter of the Constitution, has had differing philosophical viewpoints throughout its history. For most of the 1900s, it placed the emphasis of the Second Amendment on the militia clause, so that one's right to bear arms was meant to directly relate to a militia. But since 2008’s adjudication of District of Columbia v. Heller Case, the Court’s position altered. According to smartgunlaws.org, this infamous case (which ruled five votes to four that Washington DC’s banning of handguns was unconstitutional) transformed which clause is emphasized in the Second Amendment: the emphasis lies on the individual’s right to bear arms, not connected to service in a militia. This decision’s trickle-down effect forced the change of legislature across the U.S. in the state and local levels because many existing laws were also found to be unconstitutional. Now this 5-4 ruling could be reversed because of the recent loss of Associate Justice Antonin Scalia who sided in the majority five votes. This is urgent matter as you will have the responsibility of filling the vacancy left by Scalia – a duty outlined in Article Two of the Constitution.

Now this is not to say guns should play no roles into our lives. Many Americans utilize guns to acquire food or they practice shooting them for sport, and a large portion have a legitimate need for guns to ensure the safety of themselves and their families. But that doesn’t mean Americans should stand idly by, as every year a gun epidemic plagues us, particularly in our inner cities. You will need to urge lawmakers and your fellow Americans that legislation direly needs to be passed that will ease gun violence in the country, but simultaneously protect civil liberties.

Regardless of what you think about other aspects of his presidency, you will note that your predecessor, Barack Obama, did a poor job of preventing gun violence (demonstrated by the numbers of mass shootings in recent years), and he also did an unexceptional job of uniting the American people in finding common ground. The Pew Research Center studied political polarization in the American electorate, and the two decade-long study found that most Americans became more ideological than objective during that period. So, while President Obama campaigned promising to unite the country and increase the efficiency of bipartisanship solutions, he served only to widen the abyss of political disagreement that existed when he assumed office.

To conclude, the next four years of American political discussions will largely be centered around you and what decisions you take. Please consider what role the Second Amendment plays in the 21st century world. We no longer live in the days of muskets and bayonets; powerful guns can far too easily get into the wrong hands. I beseech you, do not be complacent on this major issue, because the last thing I would wish upon someone is to end up as a statistic on the next Bureau of Justice Statistics report.

2nd amendment firearms constitutional rights gun issues
Published on Oct 30, 2016
Report a problem... When should you flag content? If the user is making personal attacks, using profanity or harassing someone, please flag this content as inappropriate. We encourage different opinions, respectfully presented, as an exercise in free speech.
Cedar Creek School

Student writers submit letters on issues they care about.

The United States has faced much discrimination in all forms, but the one I would particularly like to talk about in this letter is one that has ju...

Free College Tuition will be detrimental to our country. We will propel our economy further into debt and create a lower quality education.

High school students who want to go to college need to take a test that is full of what they have learned. Testing should be less stressful and stu...

This essay is a discussion of how the National Anthem Protest has affected everyday people.

Losing TOPS is an issue in Louisiana

We as citizens need to acknowledge racial prejudices between all races and a need for law enforcement. Those who commit crimes need to be held resp...

People in the United States should not be allowed to design their children based on what they want.

Who are the real victims? Us or the many transgender people that have to fight for basic human rights such as a bathroom?

November 4,2016 Dear Future President, My name is Huy Phan and I am from Viet Nam. I study in ESL2 in Brighton High School. Now I live in Dorc...

The importance of gun control and why we need it

Gun Ownership for the Lawful and Sane

In recent years, there have been many different interpretations of the Second Amendment. It is important that the right to bear arms remains intac...

Guns in Our World

All around the world their are guns, guns can be very harmful to many different things. Guns can also provide food and protection. Which one would ...

What's wrong with gun control and how we can fix it.

Could the gun laws use a fixer upper?

Could the gun laws be changed or even rewrote? The gun laws are slipping and it's time they get changed.