My name is Tiquinton Fisher. I am a boy who supports your determination to become our next leader of the United States of America. I am born of African American decent who has learned from both experience and from the teachings of my elders about the political issues that are still within our country, such as Classicism, Racism, and the struggles with America's economy. People tell me that you are someone who cares about all people of all color and say that if you are to win the election, you would do your best to bring true equality to our nation. I trust in god him self  that these statements are true, but It would be great if a few of my questions were answered so that I am sure that our views align with each other as close as possible.

I chose these questions because these are issues that are being mostly debated in my my community. These topics not only create stress for the people, but they also slow the development of the community as a whole. It hurts me that these things pit us against one another and I just don't want things to be that way. I was raised to hear the opinions of all people so that I can make the best choices from them; which means  that in order to solve a problem, you will have to know what everyone thinks about that problem. One example would be you and Donald Trump. You both seek the recovery of our country, but you have separate means on how it should be done.

I hope that what ever happens that you become our next leader, have my questions answered, and keep your promises for the improvement of this country. I wish you the best of luck and gods grace. 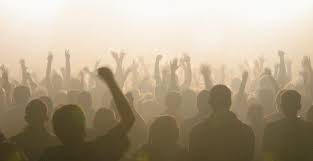 presidential qualities
Published on Oct 3, 2016
Report a problem... When should you flag content? If the user is making personal attacks, using profanity or harassing someone, please flag this content as inappropriate. We encourage different opinions, respectfully presented, as an exercise in free speech.
Delta Charter School

Please read our desperate desire for a better environment.

People in the US deserve to keep their guns.

Same-sex marriage is a problem that many people fail to see.

A letter to the next president

Illegal immigrants should not be labeled as criminals,but as hardworking people who are trying to be accepted by the U.S government

Minimizing the power of the Electoral College

Immigration is important, and needs to be talked about to find a fair solution for everyone.