Race and punishment, two things that you would've thought to be completely different, yet now a days seem so dependent on each other. In the city of Baltimore, which is where I live, many people get convicted for many crimes, but they all have unrelated consequences. Yet this doesn't only happen in Baltimore.. This is also not a recent problem. Cases in which white defendants get easier consequences than black defendants have been a reoccurring problem. It is clear tat there is prejudice in sentencing, and no one has yet to anything about it. Something has to give..

As a child myself, this is a scary reality. These things could happen to people I know.. They could make a mistake and receive a bigger punishment than what they did.. Thank you for listening to me .. but before I go, please just think of it this way.

Imagine if your children were young again, and on their walk from school, they want to stop by the corner store to get candy but they don’t have enough money. So in the heat of the moment, they steal the candy.. BUT, they get caught. All of a sudden the police are being called, and your kids get taken away. You get a phone call saying your kids are in big trouble for stealing a candy bar. By big trouble I mean like they're going to jail... for a candy bar.

Think about that.. Thank you. 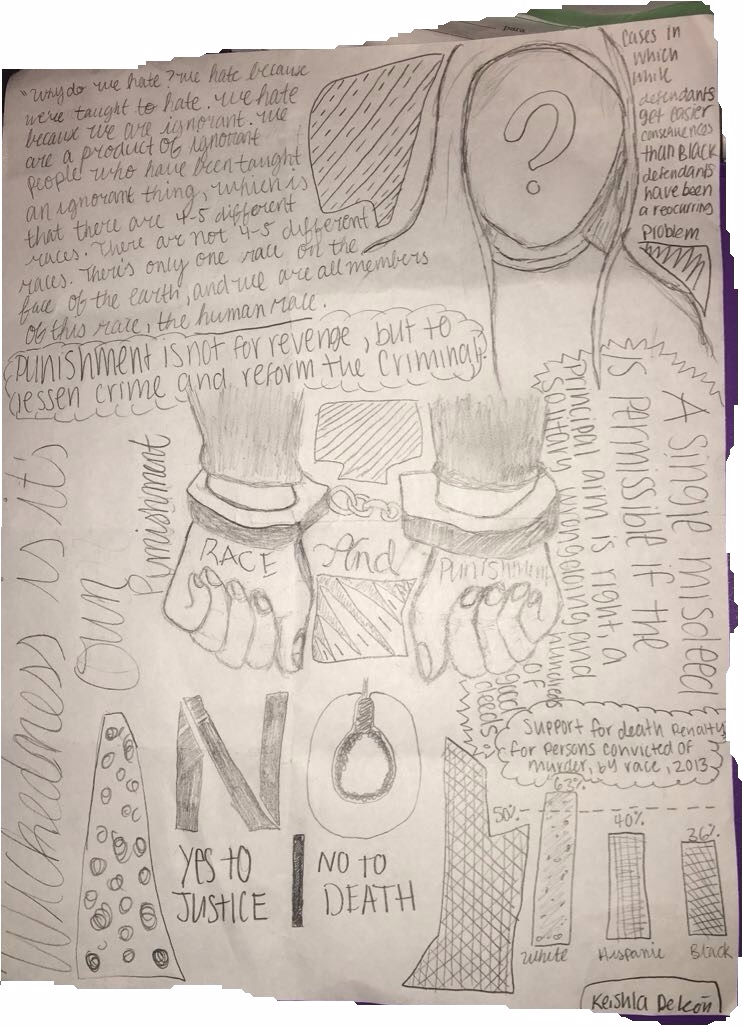 equality justice
Published on Nov 2, 2016
Report a problem... When should you flag content? If the user is making personal attacks, using profanity or harassing someone, please flag this content as inappropriate. We encourage different opinions, respectfully presented, as an exercise in free speech.
Patapsco High School & Center for the Arts

A letter on LGBT representation in the media.

The LGBT community is just people, who deserve no lesser treatment than should be given to everyone else.

Get rid of Stereotypes

This letter is about how stereotypes affect us and how to get rid of them.