Hi, my name is Regina and I’m from Baltimore County. Mr. / Mrs. President imagine if you are an African American living in a wonderful place, driving your wonderful car and all of a sudden you are pulled over by a police officer? Your wife and children are in the car and the officer approaches you. The officer asks you to get out of the car. You tell the officer that you are unarmed and you have nothing illegal on you or in your vehicle. You reach to get your license in your pocket ordered by the police officer and the officer shoots you dead in front of your family. Unfortunately, innocent black men and women have been killed by law enforcements for a mediocre reason. Some people believe the police are doing the right thing and everything is fine. Others believe there is a battle between black people and Caucasian police officers. This is an issue that needs to be addressed before riots get out of control.

About two years ago, the death of Trayvon Martin impacted the entire United States of America. The riots in Baltimore terrified and threatened the safety of citizens but mostly black men. With this the Black Lives Matter organization was born to support all black people no matter your age, ethnicity, and gender. Black Lives Matter goes beyond killings of black people by police and vigilantes but focuses on the importance of the lives that are being killed because of being unjust. BLM is a call to action and response to anti-black racism in our society and is a tactic to rebuild the black liberation movement.

There have been 986 unarmed people in 2015 alone who have been killed by the hands of police according to the Washington Post. There has been 707 people shot and killed by police this year already. According to the University of California, evidence shows that being black and unarmed is 3.49 times more likely to get shot and killed than being white and unarmed.The amount of shootings has gone out of control and this needs to stop. The police are killing innocent people, who are supposed to protect the citizens of America. We need to take these police officers out of the justice department. These people should not be able to still service the country if they’re only making it worse.

There have been many illegal, inexcusable, and cruel deaths of blacks by the police that are obligated to conclude. People like Michael Brown, Freddie Gray, Trayvon Martin, Eric Garner and others are victims of police brutality for no reason. All of these people were in a position of being wrong but killing them wasn’t right. Police officers are alleged and pledged to protect and serve the citizens of America not to abuse power and beat on innocent people. They are supposed to come the citizen down when that citizen is upset when confronted. This process should not be in reverse.

So, it’s up to you Mr. /Mrs. President are going to allow police officers to carry a gun and shoot innocent African Americans or are you going to take those police officers out of the executive branch? Are you going to continue seeing your people die? Because if your not apart of the solution, you’re a part of the problem. The lives of all black people are now on your hands. It’s your choose, do what you think is best. 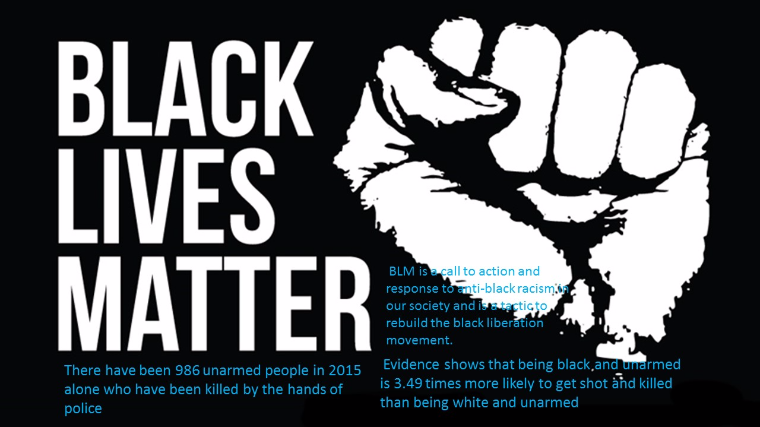 discrimination black lives matter
Published on Oct 28, 2016
Report a problem... When should you flag content? If the user is making personal attacks, using profanity or harassing someone, please flag this content as inappropriate. We encourage different opinions, respectfully presented, as an exercise in free speech.
Patapsco High School & Center for the Arts

A letter on LGBT representation in the media.

Honduras is in extreme debt and is facing a crippling economy. They are in desperate need of our help america

Discrimination is a problem in the US, but for years, it still hasn't been taken into consideration and fixed.

United we should stand

Dear Future President, Police brutality is a controversial topic that's on the rise, especially in the perfidious media. It's shameful ...