My name is Samba and I’m from Senegal (West Africa). I live in New York. I will graduate in June 2017. I wanted to make you think about this big issue which is about Black Lives Matter. It has been decades and decades that the black community has been mistreated, disrespected, and violated in the American community. And the police, the authorities, and ignorant people are the reason why this issue is getting bigger, more dangerous, and repetitive. And I really want you, the President, to at least try to fix this issue. A lot people are getting hurt, some kids don’t know their fathers anymore, he either went to jail or got killed. And those black kids are also part of the future; they deserve to know their fathers and learn something from them. I want you to check the way that the police are handling the African Americans to make sure they treat them well. The Flint water should be fixed as quickly as possible because people are suffering there. Even though there are more black people that live there doesn’t mean you and the government should ignore it. The mistreatment of African Americans is a big problem that you should address because the whole black community is being maltreated and that has been happening for more than centuries now.

In Flint, the water is damaged and people can’t use it to drink or take a shower. Also, in the article "Flint residents angry over health issues caused by switch in water supply" from the Detroit Free Press, it says "Adriana Hawk heated a bowl of distilled water in the microwave, dipped a washcloth in it and wiped her 2-year-old son’s itchy, irritated skin. She said she has been cleaning Sincere Smith’s body this way — or with wet wipes — since last summer. The boy’s doctor doesn’t want him bathing in the tap water at their Flint home. 'I can’t afford to go buy 20 gallons of water just to bathe him one time,' said Hawk, a single mother of three. Sincere has rough patches on his legs, arms and face, she explained. His skin condition started with a rash on his stomach after Flint switched its water supply source from Lake Huron to the more polluted Flint River in April 2014. Hawk blames the water for the child’s suffering and plans to sue. 'We get treated like … we don’t matter,' she said. 'That’s how it’s been feeling.'" And after looking at what Anthony said, it really heartless for the authority to see Americans living in such a mess of a city. They should be supported because, after all, no matter the skin color, black people are still human with a brain and a heart. Not helping them just because of the fact that it’s a poor city and it has mostly African Americans that live over there doesn't mean the authorities are not supposed to care. There are kids that can’t support those kind of problems, so make sure you try to fix that problem once you become the leader of this country that people call the land of freedom. The Flint water should be fixed as soon as possible.

The police have been treating African American or black people terribly over these past decades. And in the article titled "Ferguson forging new normal 1 year after shooting" by Los Angeles Times, it’s written that “The sound of a white police officer’s gunshots in Ferguson, Missouri. A black 18-year-old named Michael Brown killed on a street in his own neighborhood. Angry black residents — tired of poverty, tired of getting pulled over, tired of being fined for seemingly senseless traffic stops — finally hit their breaking point as Brown lay in a pool of blood. Federal and grand jury investigations found that Wilson had done nothing criminal. But now police shootings around the country are being examined closely as public officials look at their policies and push for body cameras in hopes of keeping their community from becoming another Ferguson.” This shows how the police have been hating on the black community. To solve it, the training of these cops must change, and show more empathy to the black, Latino, and even white people because at the end of the day we are all living in the same community. And this is just history that’s repeating itself. All these facts about police brutality have been happening. It’s not a new thing. The police have been hurting the African Americans for decades now. And still there is no fair result or abolition of it.

Activists have been killed from these type of issues and they were such great people that even today they are considered legends. Dear future President, police brutality needs to be fixed and people need to be treated fairly. Why shoot a regular guy that’s not even armed? Between 2014 to 2016, a lot of cases of police brutality did happen, they mistreated African Americans and even Latinos. And the people that they mistreated or killed were not even armed and plus most were just minding their own business. This police brutality is the reason why a lot of black people are afraid and that fear even reaches the kids. This police brutality is the reason why Black lives Matter was created, to get the black people the respect and the rights that they deserve. After all, they are part of the American community. Although the future president should find a solution to this issue as soon as possible or it will keep happening for ever.

Since there has been so much shooting, killing, and blood spreading, some people decided to protest--whether they are white, black, brown, Asian--against the police and the government. And in the article titled "Protest songs make a comeback" by Associated press, it says that "demonstrators around the country are raising their voices to condemn the deaths of unarmed black men at the hands of police. Protest songs are being sung alongside chants of 'I can't breathe' and 'Hands up, don't shoot.' The deaths have inspired a musical outpouring that hasn't been seen in the United States since singer and activist Pete Seeger helped make 'We Shall Overcome' a standard of the 1960s civil rights movement. Older songs are being put into service for a new generation. New songs are being widely shared, including some from major-label artists. Holiday classics are also being rewritten, including an anti-police version of 'White Christmas.'" This shows how people care about this big issue. We have been fighting for this for a long time, and still going on. These past leader could not end the problem even though some of them did what they could. But I’m just hoping you do something, especially about the police brutality. Every month, there is a black or brown person killed or locked up for something he didn’t do. Sometime they are the one who did the crime, but once they get caught they get sentenced really hard with several year to do, which would not happen if it was a white person. Although, people have been supporting these protest or programs such as the Black Lives Matter, it still going on.

In conclusion, whoever you are, next President, you need to stop police brutality and fix the Flint water. And I realize that the candidates for President talk about black people only when they need them to vote. The black and brown community has been suffering for too long. A lot people died from this issue. A lot of fathers, sons, and others end up in jail whether is a crime they commit or a crime they did not. If we want these issues to be done, you must change these officers or put them in jail for life if they killed an unarmed person who was just minding his business. New rules should be created for the officers to make them behave better or else it is going to happen to them. In all, all lives matter, but the problem is that black and Latino are the people who are the most disrespected in the U.S. community. 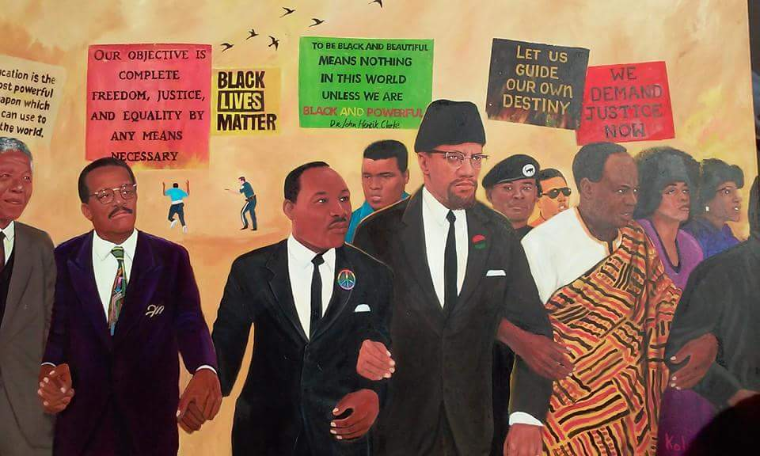 Over The Rainbow, LGBTQ Rights

A letter about issues that LGBTQ people are facing, and support.

We are the people and we are the change.

Stop the hate crimes against Muslims

Somethings should be addressed​ about crimes against Muslims​ because there are a lot of conflict about it.

The truth hidden behind police brutality

Police brutality has been an issue that was ignored for ages, and now it has become a major problem in our society. And it is way deeper than lack ...

Many Muslims are struggling in this country because they are treated unfairly. People think that they are violent but really we are not. Islam is j...

We need to find a different way to get rid of trash. What we are doing currently is killing our earth

There is a risk of a lost generation of Syrian children who are living in limbo. Many will not see a classroom. Syrian Refugees are unwelcome in ma...

So many children taken at this very moment that we will never find.

Government Entitlement Programs are being taken advantage of by the wrong people. It is great to have in many ways for the people who are physicall...

Hindus are seen as polluting when practicing their religion.

Let’s be clear we did not say only black lives matter; social media said that. We know that all lives matter but right now we have to focus on the ...

Police take advantage of their power.