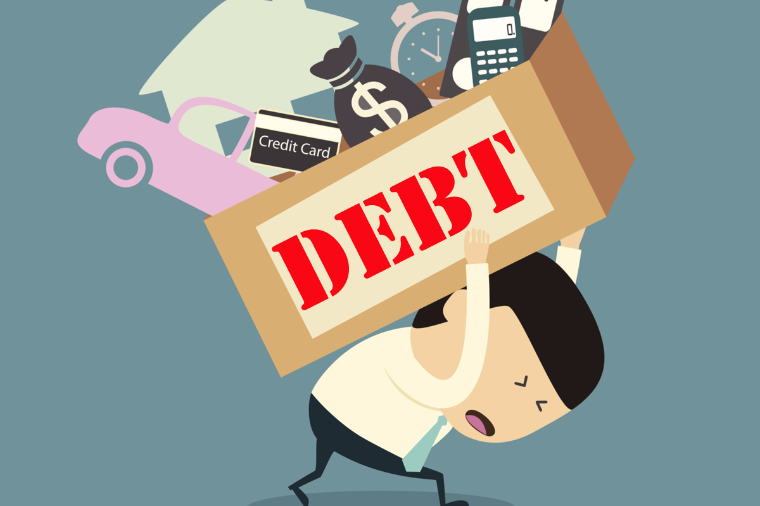 Merriam Webster’s definition of debt is “ the condition of owing something”. Our country should know this well because we’re so deep in it. In my opinion, politicians are mostly to blame for how much debt we have. They focus on foreign affairs and helping other countries that we forget to focus on what our issues are. This can make other countries feel that they can use us for many things and we’ll never turn them away. Debt is the biggest controversy we face in the United States.

The government doesn’t try to limit the amount of money we spend on things that will cause us to have debt. For example, throughout the year, the government spends about $3,440 per taxpayer on healthcare for people who cannot afford it on their own (“Pew Research Center U.S. Politics and Policy”). Also, over 1,000 went to government assisted programs out of the taxpayer’s wallet to assist other people (“Pew Research Center U.S. Politics and Policy”). The politicians say they will fix the problem and instead make it worse. President Obama has raised the debt so high to pay for his health care system known as Obamacare. America currently takes the top spot for the most debt as a result of a combination of these reasons.

A lot of politicians deny the struggles of debt we face. This makes others think that we don’t really face issues with money as Americans year in and year out. This however, is very untrue. We have poverty just like other countries. In 2015, we had 13.5% of Americans below the poverty line (“What Are the Poverty Thresh Holds Today?”). Also, America’s debt forces our taxes to rise a lot more than they should. The taxes pay in our own states pay for we education for other people and for military assistance that is very costly in the long run. Another reason taxes are so high is because of the federal deductions that take the space for the high taxes.

The Iraq war was handled wrong in some ways. If we would have known about the Saudi Arabian influence the war would have possibly changed the course of what we would have done. This means that we might have not attacked Iraq and still be in a war. This war has taken so much money and caused so much debt. Also, we send too many troops that come back wounded or unfortunately killed because of the war. We’re losing so many people and so much money because of the bad choices we made in the beginning of the war. We have spent about $1.7 trillion + $490 billion in war benefits on the war and the other half for our veterans (“Pew Research Center U.S. Politics and Policy”). We have to keep raising the amount we spend because we are still unfortunately have to fight.

Some people believe that politicians are helpful and are doing a good job solving our debt issues. They think that the former presidents they selected have fixed these problems and other issues, but it had proven to be wrong. President Obama has raised the debt ceiling as a result of paying for Obamacare for 8 years. This hasn’t really improved health care because the people who don’t need it or use it still have to pay for it because of taxes and programs that assist people. We would have lower taxes if the government didn’t have so much money spent and in debt.

Lowering the debt in our country is more simple than it seem. We can use the idea of spending cuts. It will cut off a certain amount to be spent, meaning it won’t be allowed to spend and continue to rise. In Canada, this was used and it cut public debt to 1/3 in 5 years and made the debt deficit to 0 in 3. We need to stay in our country more. Stop importing and exporting from foreign countries to lower the costs. Make more things in America so we can stay domestic and get better products out of it.

According to Bobby Scott, “Obviously, there has to be a profound change in direction. Otherwise, interest on the national debt will start eating up virtually every penny that we have” (“Brainy Quote”). This is extremely true for us as Americans. I hope that as the next president is elected they take the issue of national debt seriously and find a solution. In the next 10 years our debt is projected to go up by 9.4 trillion. We are quickly spiraling and need to stop.

united states of america politics debt
Published on Oct 23, 2016
Report a problem... When should you flag content? If the user is making personal attacks, using profanity or harassing someone, please flag this content as inappropriate. We encourage different opinions, respectfully presented, as an exercise in free speech.
Orange High School

College tuition has always been a constant struggle for our generation. We need to make the price realistically affordable.

The type of leader I believe would be good for America would have to be a leader that does not hold grudges against people of different religions...

The United States government needs to understand how immigration policy affects more than just the individual.