Since I am a woman, I would like to discuss on a topic that will in fact affect me when I grow older and set forth into the work force. Women are proven to make a lot less money than men just because of their gender. Women often times struggle to support themselves and their family (especially when they are a single mom or when their husbands are not able to work). It would be very simple to raise the pay for women to just as much as the men make. The wage gap between women and men is enough to make parents worry about just how well their daughters will do in the work force.

The topic of the wage gap is important because it does/will affect the women in the U.S. girls will grow up and not be treated equally to their male employees and will end up making about 20% less. This is unacceptable because everyone in the United States is supposed to be treated equally but that’s not happening with the pay. Women can do anything in a job that men can do and sometimes even better, but it’s important to talk about this subject so the other women who are outraged by the inequality know that they aren’t alone.

Women, on average, usually always make less than men in the same occupation. In 2015, female full-time workers made only 80 cents for every dollar earned by men, a gender wage gap of 20 percent (IWPR.org). Now 80 cents to one dollar may not seem like much but if you add it all up, you can see a drastic difference in the pay. For example, if you have a man that makes $7 an hour the female will make $5.60 so if they are both working 9-5 the man will end up making $56 by the end of the day and the women will make about $44 so it does, in fact, add up. According to Fortune magazine, “the average woman will make $430,480 less than her male counterpart over the course of 40 years of work.”

Although we have stepped up from the 1970’s, we are still not payed equivalent to the men. In fact if the pay raise for women keeps the slow increase as it is now we will not be paid as much as the men for a very long time. But even that slow progress has stalled in recent years. If change continues at the slower rate seen since 2001, women will not reach pay equity with men until 2152 (AAUW.org).

We can close the wage gap by either paying the women more to be paid equally to men or we could lower the men’s pay to what the women make. Although many people may argue that it would be unfair to men to lower their pay since they had nothing to do with the inequality of pay, but women have had to live with the pay being unfair so why can’t men? All that would need to happen for the pay to be equal is raise the 80% of the men’s pay that women get paid up to 100%. The outcome of equal pay would be a better work force and happier workers. When workers are happy they often times are much more efficient.

There is no valid reason for women to be getting paid significantly less than their male collages. We should be grown apart from the idea that men need to be the breadwinners in the U.S but obviously that is still the belief. Males should not be treated or paid as if they are superior to women because we are all equal to each other. So it’s time we start acting like it and give equal pay to male and female workers. 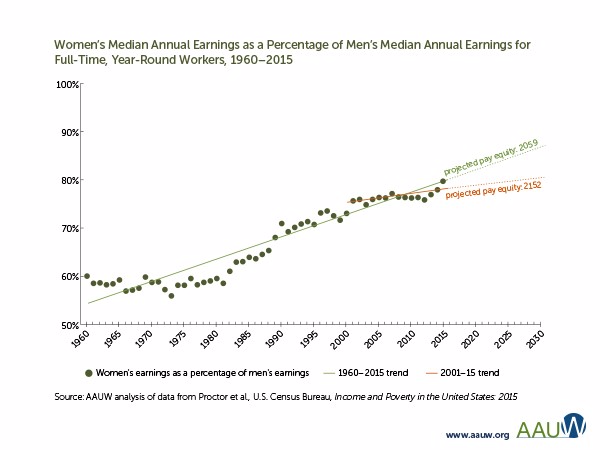 inequalitiy workforce inequalitiy wage gap women's rights
Published on Nov 7, 2016
Report a problem... When should you flag content? If the user is making personal attacks, using profanity or harassing someone, please flag this content as inappropriate. We encourage different opinions, respectfully presented, as an exercise in free speech.
Walter E. Stebbins High School

Change Education For The Better!!!!

Education needs a fix-up. These kids all around the World, THEY ARE OUR NEXT GENERATION!!!!! We need to see what is wrong with education and fix it...

There is a gap between how much the male and female species earn at their jobs. It is completely unfair and needs to be put to a stop.

Feminism Is Useless and Needs To Go