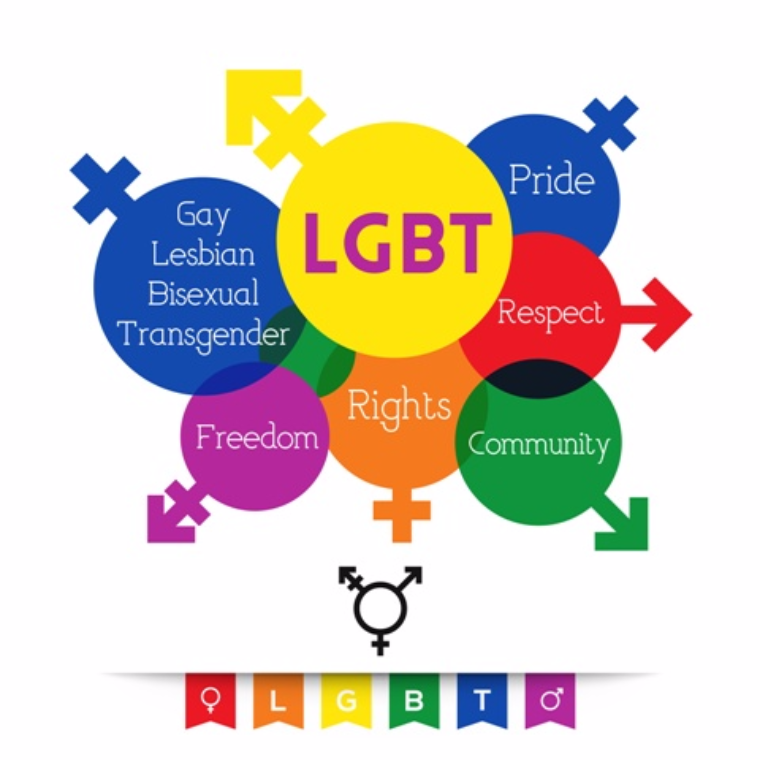 LGBT people are people, too. They don’t normally get treated like it, though. It is unfair, and they deserve their equal rights. Just because some females like the same gender doesn't make them different. Just because some males like the same gender doesn't make them different either. Just because a fe/male likes both genders doesn't make them different. Just because some people don't feel comfortable in their skin and believe they need to change doesn't make them different. My point is, that these great people are still people. They don't deserve to be treated any different. It's sickening to see how these people get treated. Some people are totally against gay marriages, but it is legal. These people have to deal with the bullying of others just because they are "different". Society is horrible. If you are different from most of society, then you get made fun of, or bullied. All, or nearly most of all LGBT people get bullied for who they are. People don't seem to realize that this is one of the most reasons that people commit suicide is because of being bullied. We need to come together as one and end the bullying. We are told to be ourselves, but when being ourselves means being different from everyone else, we get hated. Why are people like this? It is terrible. Bullying statistics for LGBT show that 82% was that they had problems the previous year with bullying about sexual orientation. 64% felt unsafe at school about sexual orientation. 44% felt unsafe at school due to sexual identification. 32% did not go to school for at least one day due to feeling unsafe. 44% experienced physical harassment. 22% experienced stronger violence. 61% never reported the attacks. Lastly, 31% said that their schools made no attempt to respond to the bullying. This is appalling. We need to put an end to LGBT bullying.

lgbtq rights
Published on Nov 7, 2016
Report a problem... When should you flag content? If the user is making personal attacks, using profanity or harassing someone, please flag this content as inappropriate. We encourage different opinions, respectfully presented, as an exercise in free speech.
Dewitt Middle School

People buy animals and put them in kennels all day and don't feed them or take care of them, but just forget about them.

Guns aren't the problem, it's our people.

Guns aren’t the issue, it’s the people who are operating the gun. More and more people are hurt everyday, most of this could come to an end.

Cost less money to go places, and helps you with life problems.

We should be able to protect ourselves with guns, if we are cautious with them. Some people just don't need them.

Discrimination against other races

The prices for organic foods should be lowered so that more people will be able to purchase foods that are better for their health.

Despite what many people say, the Foster Care system is broken. These kids, from newborns to young adults, don't know who to turn to. The statistic...

It's My Future Too

Concerns for our future

There are many good things about Public Education, but there are things that need to be tweaked.

LGBTQ+ people are still normal people. Before we know it our society will be fully corrupt if we don't figure out ways to fix this problem.

Letters to the Presidential Candidates

People need to realize that people will love who they love, and that they can't interfere with that.

Transgender people should have the right to use a bathroom according to their gender identity.