To the President of the United States,

First of all, let me congratulate you on your victory. I hope that you will do all you can to make this great country of ours even better. There is one issue that I would like to bring to your attention, and I think that it’s a very pressing issue that is facing our nation. This is the fact that so many Americans are scared of Muslims because, of the 1.6 billion of them, 0.006625% of them are terrorists. There is no reason for everyone to be scared of every single Muslim they see.

When I say the word terrorist, what do you think of? Well, for most Americans they think of a Muslim or someone from a middle Eastern country. I mean it makes sense; that’s what the media shows us. They only show us the bad things that 0.006625% of the Muslims do, not the good things that the other 99.993375% of them do. Because of the media's portrayal of Muslims as terrorists, most Americans assume all Muslims are terrorists. A terrorist, however, is actually anyone who uses violence as a way to inflict terror on people for political gain. That can be anybody, not just Muslims. In fact, Muslims only carry out 5% of the terrorist attacks on the United States, and since 9/11 only 33 Americans out of the 300 that have died in terrorist attacks have been killed by Muslims. When you really look at the facts, most Muslims aren’t bad people. Like I said, less than 1% of them are actual terrorists. Most of them are actually good, hard working citizens of the United States. I think that people need to stop being scared of Muslims. Yeah, some of them are bad, but doesn’t every cultural group have bad people? I think we need to stop focusing on all of the bad that Muslims have done and start focusing on all of the good they do for our country like paying taxes, serving in our military, serving on our police force, and following our laws. As of right now, there are about 3.3 million Muslims living in the United States, and I think if we stop all of the hatred towards them we can increase that number.

I really think that you need to consider the points that I have made to you. I really think that we as Americans need to stop being scared of Muslims and start accepting them as part of our country. Congratulations again on winning the presidency, and thank you for taking the time to read my letter. I hope you have a good four years and that you do our country proud. 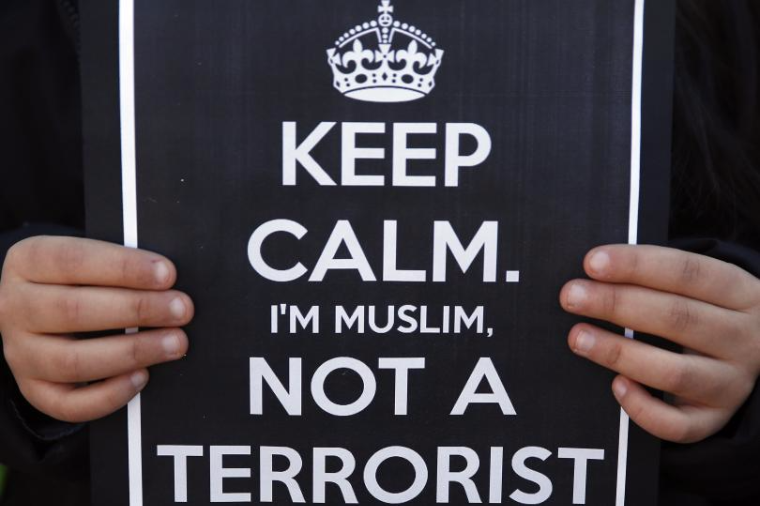 islamophobia
Published on Nov 9, 2016
Report a problem... When should you flag content? If the user is making personal attacks, using profanity or harassing someone, please flag this content as inappropriate. We encourage different opinions, respectfully presented, as an exercise in free speech.
Boyne Falls Public School

A very small English 11 class that has too much fun.

Protection is important. Why not strengthen it?

On The Matter of Testing

In this letter, I discuss the problems involved with standardized testing.

This paper is about the stressed youth in our education system. It talks about the problems we face that stress out with day to day activities.

Gun control in the United States Dear Mr. or Mrs. President, Thank you for taking time out of your busy life and schedule to read my letter; I h...

Women deserve to be paid the same as men.

Dear Mr. or Mrs. President, Thank you for taking time out of your busy schedule to read these letters. I know it must take a while to rea...

The cost of higher education is a burden for many people in the United States, and should be changed in order to allow people to explore better opp...

An oil pipeline that sits at the bottom of the Straits of Mackinac by the name of "line 5" threatens all we have come to know and love about the Gr...

Women Pay Too Much

Women pay more than men from birth to death .

Giving A Voice to the Voiceless

Why abortion is anti-American

Islamophobia is not RIGHT

A short video showing the issues that Muslims face for following their religion and why the next President should take action.

Stop the Hate on Muslims

Stopping the hate on people who don't deserve it!

My letter is about our fear of islamic people and refugees. I believe that we should take in refugees. I also bring up the fact that statistics sho...