As of 2014, more than 650,000 kids and teenagers were still in or had been in the foster care system. More than 23,000 of these children never even get adopted, they age out of the system all alone with no family. These kids need help that the system we have now cannot give them. The statistics are overwhelming, like for instance how 10 to 15% of these children commit suicide before they reach 18. That is around 100 thousand kids. For those who aged out, 60% of the girls became prostitutes and 70% of the boys became criminals, this does not count for the teens in “Juvie.” More studies yield heartbreaking results, like how “ 15,000 orphans aging out of state-run institutions every year, 10% committed suicide, 5,000 were unemployed, 6,000 were homeless, and 3,000 were in prison within three years.” This is America’s youth, and we are throwing it- them- away like pieces of trash. In some cases, we aren’t throwing them away; we are selling them. Human trafficking is a big problem for foster kids, who already have enough on their plate. They are more at risk to be exploited by traffickers. In 2005, an estimated 1.2 million children were trafficked, not all of them were foster kids either. In the time it has taken me to type this sentence, another kid has become an orphan somewhere, every 2.2 seconds.

This is a problem that cannot be ignored any longer. These are children, they don’t deserve this, and we can help them. The Foster system is a complicated procedure, with many steps from the child’s initial to his/her new placement. Whether it’s abuse, neglect, or guardian's death, the child is taken from their home, and placed in a temporary shelter. Most times, parents can get their children back, other cases do not have as happy endings. Most cases are taken on by social services if something is found to be actually wrong. From them on it depends on the child’s situation. If their parents are still fighting for them, court battles ensue. If not, then the child is then put into the foster care system. From then on, they are the property of the State, and their case is assigned to a social worker. The social worker takes over all the decisions and decides in which home to place them.

At times, it does work out for the child, their parent works it out, and they get to go home. Or a nice family adopts them. Others, bounce around from home to home, and age out of the system. The worse part, are the families on the way that these kids stay with. The foster parents only in it for the money. As unfortunate as it is, A lot of foster parents in the world are bad people, the state just doesn’t have the time to check them more kids to take care of. Some social workers have as many as 50-70 cases and don’t have enough time to check on all the kids while also completing all the necessary paperwork. Things get overlooked, like the child's well-being. Some social workers are what you might call “corrupt” also. They don’t do their job like they should.

As President, think about these children. Growing up not knowing real love, what family really is. I ask you to think about your childhood, and compare it to kids whose parents abused them, gave them up, and then the other adults they were supposed to be able to trust who hurt them more. We can’t blame these kids for how they turn out; we could’ve stopped it and instead we do nothing. These kids are helpless; they don’t even know their rights most of the time. They need a future also. Did you know that only 50% of kids in foster care actually graduate high school? And of that 50%, only 10% go to college. And only 3% of that ten, actually graduate college.

I am asking you to help the kids in the world. Change won’t happen in a day, but there are changes you can to help these kids. We need more screening; some people are not meant to be foster families or adoptive families. Social workers need to check on each kid at least once a week, not once every three months. They also need surprise visits, where the temporary guardians don’t have time to fake it if they aren’t good parents. These kids also need help in knowing their options for the future; many don’t know. Possibly an educated individual who could meet with the older kids to discuss future plans.

One step in the right direction is better than no step. Don’t let these kids die in the system. Listen to them, their stories. There are hundreds around you. Thank you, and congratulations on your presidency. 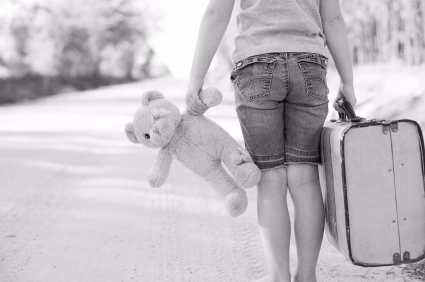 homelessness
Published on Sep 21, 2016
Report a problem... When should you flag content? If the user is making personal attacks, using profanity or harassing someone, please flag this content as inappropriate. We encourage different opinions, respectfully presented, as an exercise in free speech.
LISA North

This group is only for Ms. Rogers' AP students.

College is getting less affordable over the years. We need to change that, now.

Education for Every Day

We live in a time where things we do can heavily impact both our future, and that of others. It´s the things we do every day that people seem to st...

There are many good things about Public Education, but there are things that need to be tweaked.

These are my concerns about gun control. A little kid could get a small gun and hurt someone. Guns should always be put up in a gun safe or somewhe...

I think that if you like the food you eat it, so if you eat you make good grades. I think we should be able to make our own menus.

medical marijuana is a safe drug for anybody to take to cure seizures and some cancer cells.

Every pet should have a home

This is a letter talks about street animals and that they should have a home and a caring family that loves them.

Homelessness is a problem all over the world.

Too many people are experiencing homelessness in the US.