There is nothing more sadder than seeing homeless people out sleeping in the streets or seeing children holding up signs walking down the street i see more homeless people everyday.A lot of families can’t do anything about it because they can’t afford rent,food, and etc. Winter is approaching homeless people won’t have a place to stay, a lot of deaths can happen this winter.

Overall we should come to a conclusion to get homeless adults, and children a better life. We can make a difference by taking action. I hope you can do something to help the homelessness in America before the percentage rises even more. This is affecting our community because we have homeless people sleeping in the streets. This is a very important because something can be done to help or save homeless people lives. 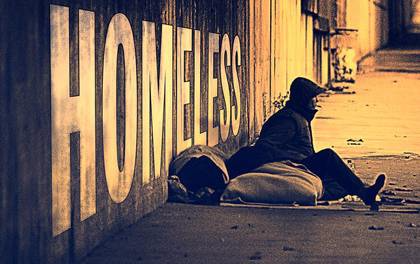 homelessness
Published on Oct 31, 2016
Report a problem... When should you flag content? If the user is making personal attacks, using profanity or harassing someone, please flag this content as inappropriate. We encourage different opinions, respectfully presented, as an exercise in free speech.
Carman-Ainsworth High School

College female students, freshman, seniors and everyone in between are plagued with this issue everyday.

This is about Racial profiling and what it causes and why it needs to be stopped.

" Female college-aged students (18-24) are 20% less likely than non-students of the same age to be a victim of rape or sexual assault".

Students Should Have lives Outside Of School

In today's schools, too much homework is being assigned on a daily basis. As a result, students all across America are becoming sleep deprived, str...

This is about the rising prices of college tuition, and what I believe (and hope) can be done about it.

We lose so many innocent people to food-borne diseases each year. Many more are hospitalized and sick due to this issue. If we can pay more attenti...

Homelessness is getting worse and we need to make it better

Homelessness is a problem.