There she is. The very girl you’ve been waiting anxiously all day to ask out on a date is on the other side of the hall. You make your way to her trying to get the nerves overtaking your body to go away. Finally she is right in front of you, the question comes out, but there’s one problem, she was on her phone from the moment you walked up to her and through the entire conversation. Sure she said yes in the end, but really you know that the conversation you had with her was bland and vague in her mind.

Although we may not notice it, we spend a lot of time on our phones, laptops, and other electronic devices, so much that it can even be counted as an addiction. The situation I introduced earlier is ultimately hypothetical, and may seem extreme, but it can happen similarly in many situations, not just in high school life. Another example could be a family in which a small child is begging their father to play with them, but he is distracted by his phone and is paying little attention to his own child. No matter who you are, or how old you are, technology can become an addiction in your life. The addiction to technology needs to be stopped, and the way to do it is to educate persons of all ages on the challenge at hand, and to also help them realize if they themselves have symptoms of this addiction. Technology can be such a blessing in our lives, but it has to be carefully balanced with other things in life that are important.

In my everyday life those around me are spending a lot of time on their different devices, and I see it as a big problem, especially when it becomes an addiction. Appropriate applications of technology are abundant, but when it cuts into time usually spent socializing, I consider it to be a problem. An article found on addiction.com, a website made to help those with addictions, describes the addiction to technology or the internet as “ a serious problem involving the inability to control use of various kinds of technology, in particular the Internet, smartphones, tablets and social networking.” This “problem” described in the article is a problem because it is taking away from time that would usually be spent socializing or doing things that are helpful and productive. It may not be all that common yet, but the addiction to technology is growing and needs to be stopped and remedied.

I personally have experienced a form of addiction to technology. Approximately two years ago my family decided to move out of state. In order to stay in touch with my friends in my old town, I created my own Facebook account. At first my use of social media was a positive one; I found it amazing that I could communicate with my friends across many miles with the touch of a few buttons. As time went on and as my friend group evolved, I was becoming more and more concerned with what others were messaging me on Facebook, and in correlation with my new concerns, I spent more and more time online. Everyday I would spend several hours on Facebook, messaging others, whether they replied or not, and checking my friends’ news feeds. During this time I found it hard to keep my grades up, the day seemed to go by fast, and I never got much done at all. It took me some time, but after talking to my father and conducting some self evaluation, I realized that I was addicted to technology by means of social media. After some consideration I took action to stop this problem and deleted my Facebook account. When I was in this predicament, I was not part of a small group of people. In a survey of 1,200 parents and children, half of the teens surveyed said they feel addicted to their mobile devices, and 27 percent of the parents felt addicted as well. This survey suggests that the addiction to technology is more prominent than we think it is, and I say that it is time to wake up to this problem. Education on this issue would really help our citizens.

Technology is becoming a larger part of our lives as we progress as a human race, and the addiction to it is growing with that progression. We need to prevent and stop this addiction. It is time to wake up to the problem that is technology addiction. This can be done by educating the public on the problem at hand, and giving tips to parents on how to help their children with this problem and themselves if they feel that they are addicted. Please Mr./Madam President, address this problem and educate our nation on it, so that we can keep this predicament from getting any worse than it already is. 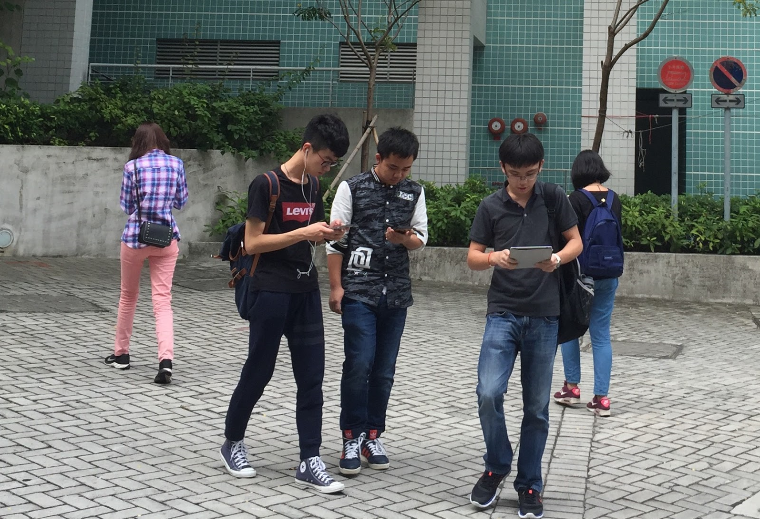 technology addiction
Published on Oct 16, 2016
Report a problem... When should you flag content? If the user is making personal attacks, using profanity or harassing someone, please flag this content as inappropriate. We encourage different opinions, respectfully presented, as an exercise in free speech.
Spanish Fork High School

The Importance of Technology In Education

Persuasive letter to the next President to better fund technological infrastructure in schools and school districts.

Social media norms and the freedoms on social media that teens experience.

This letter takes an in-depth look at why both the government and people need to work to understand AI and why it is crucial for not just politics,...