Technology is so important in the 20th century. We use it in our schools, jobs and everyday life. Technology including phones ,computers, televisions and radios are machinery developed from the application of scientific knowledge. But some people cant afford these things. I wanted to get a phone over the summer and I didn’t have enough money. Some family's cant afford a computer and schools expect them to have one to work on assignments at home. Adults have jobs that expect them to buy devices for their job but, they don’t have the money for them. As the President of the United States of America, I would like you to make technology cheaper! 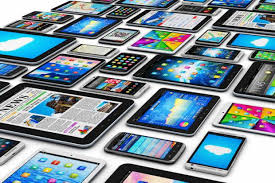 technology
Published on Oct 18, 2016
Report a problem... When should you flag content? If the user is making personal attacks, using profanity or harassing someone, please flag this content as inappropriate. We encourage different opinions, respectfully presented, as an exercise in free speech.
Keith Valley Middle School

Are you proud of yourself knowing there are people out there going through poverty?No.I thought so.Then do something about it.

Homework effects kids both physically and mentally, Read on to find out how.

Homework i think there is too much of it.Please read if you want to stop homework.

Kids need recess! Recess is one thing kids look forward to. Read on to find out more.

Alcohol is very bad for people and it can harm them.

Cancer kills hundreds of thousands of people each year.

Emiah Fennell has a simple request for the next president: fund equal access to education for all.

Protecting our country from gun violence is a top priority.

MY thoughts on U.S Military Bases

The unnecessary bases around the world.

Invest in Tablets Rather than Textbooks

For students, textbooks are too heavy to carry around and are soon outdated. With tablets, all the same information and more is available without t...

I argue for the president to pass legislation that encourages but regulates human genetic engineering in order to create a better future for humani...

The School System from one hundred years ago is no different from today's School system.