I like to congratulate you on becoming our country’s leader. I hope you will bring the United States to new heights during your term(s) in office.

While you’re president, there is a notable issue that’s worth putting time into fighting. That’s terrorism. Nowadays, people around the world keep hearing of breaking news about some form of a terrorist attack in the world monthly. The people behind these terrorist attacks are really unpredictable, as they strike anywhere and anytime across the globe. In other words, nobody is safe.

Even in the U.S, the nation where people can supposedly escape to for safety, there have also been tragic incidents. On September 17, 2016 alone, there was a bombing on a street in Manhattan. Additional bombs found at other locations in Manhattan and nearby New Jersey, where a pipe bomb went off. Such incidents like those happening in the past 15 years worldwide (see video below) indicates  we haven't taken  effective measures against terrorism.

The basic human rights apply to every individual. One of them is the right to be safe and we must really work to defend that right or else, more lives will be taken everyday.

One particular solution is to closely monitor traveling and outsiders. The reason terrorist attacks can happen anywhere is because countries are letting too many outsiders in without close attention. In the European Union for example, anyone can go freely between nations in the EU, including terrorists. That’s why terrorist attacks are happening across Europe, most notably in France. We need to reintroduce the quota system in our nation. 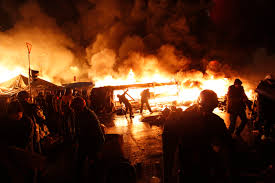 safety terrorism danger
Published on Nov 7, 2016
Report a problem... When should you flag content? If the user is making personal attacks, using profanity or harassing someone, please flag this content as inappropriate. We encourage different opinions, respectfully presented, as an exercise in free speech.
Judge Memorial

This letter details the problems with criminal justice system of America and other problems that follow because of it.

This country needs to change the standards of "healthy".

Terrorism is invading our streets.

We need to address terrorism and its effects

Terrorism is a real problem, and we need to end it as soon as possible.