Some animals if they go extinct will disrupt the entire food chain. For example if there was a fish that went extinct on the very most bottom of the food chain that would cause their predator to get no food, When that happens that predator will eat all of those fish causing them to go extinct and that will follow up the food chaining eventually coming to affect us. If we don't save specific animals it can drastically affect us.

My personal favorite animal is the Red panda. They are currently endangered and the thing is they aren't very necessary. As much as I like them and want them to make a comeback we need to focus more on the species that are vital to our ecosystem and food chain. Ants they aren't endangered but they’re an animals we should make sure dont. Ants they help keep the environment clean, they help decompose by feeding off organic waste, insects, and other dead animals. Carpenter ants make their nests in dead or diseased wood, which incredibly speeds up the decomposing process.

Bats are another vital animal for humans survival and food needs. Bats consume millions of pest insects each year. Farmers are grateful to bats because they save billions of dollars of crops each year, while reducing the need for chemical pesticides. 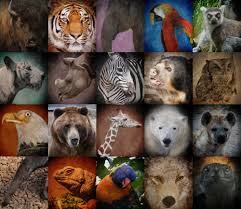 animal abuse endangered species
Published on Oct 31, 2016
Report a problem... When should you flag content? If the user is making personal attacks, using profanity or harassing someone, please flag this content as inappropriate. We encourage different opinions, respectfully presented, as an exercise in free speech.
Exeter High School

we need our guns