Animal testing is a controversial issue in the United States. “Each year, more than 100 million animals—including mice, rats, frogs, dogs, cats, rabbits, hamsters, guinea pigs, monkeys, fish, and birds—are killed in U.S. laboratories for biology lessons, medical training, curiosity-driven experimentation, and chemical, drug, food, and cosmetics testing.” (Peta.org, 1) I believe that getting rid of testing on animals should be the priority of our future president because animals deserve to be protected.

I think that testing on animals is causing unnecessary deaths of many animals. The accuracy on tests done on animals is not high enough to continue this process of testing. "One international study that examined the results of rat and mouse tests for 50 chemicals found that these tests predicted toxicity in humans with only 65 percent accuracy". (Peta.org, 1) Accuracy is very important, especially when the product is going to be used on humans. If scientists cannot prove that testing on animals is going to provide us with a higher percent of accuracy, than we are wasting the lives of these animals. Many animals are dying in the research labs because the products used on them are either unsafe or not healthy for their bodies. There are retail companies that have found other ways to test their products. I believe that since there are other ways that have been found to test, then ALL companies should use them.

Since it is illegal to test on humans, scientist have tested on animals due to their close ties to the human body. The fifth human right is “No one shall be subjected to torture or to cruel, inhuman or degrading treatment or punishment.” and if humans were to be tested on they would be going against this right. Some alternatives to testing on animals are computerized patient-drug databases and virtual drug trials, computer models and simulations, and stem cell and genetic testing methods. (Neavs.org, 1) This matters because instead of using animals we could be using these other methods and not exploiting animals in testing. Scientists should stop using animals in testing for consumer products because there are other known options available.

The president needs to create a Protection Act for animals. This act will protect animals from being tested on. The animal testing issue connects to Global Goal fifteen, “Life on Land”. If we continue to test on animals, we are continuing to sacrifice the life of an animal for the use of a product, which is unacceptable. This issue should be on the president’s agenda because we are not protecting those whom cannot speak for themselves. 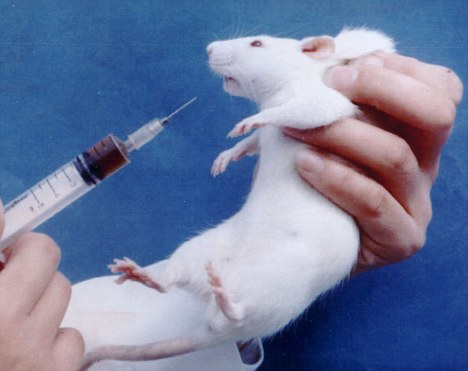 animal animal testing animal abuse animal rights
Published on Nov 18, 2016
Report a problem... When should you flag content? If the user is making personal attacks, using profanity or harassing someone, please flag this content as inappropriate. We encourage different opinions, respectfully presented, as an exercise in free speech.
Chaska Middle School East

Innocent people are gonna shot around the world because guns are too easy to get.

This is my opinion on terrorism and what should be done about it.

Bullying needs to be abolished in schools.

There are a lot of issues surrounding animal treatment. We need to fix issues like animal testing and dog fighting.