Sexual identity discrimination in the workplace is defined as, “When an employee is subjected to negative employment action, harassment, or denial of certain benefits due to their sexual identity or orientation” (Sexual Orientation Discrimination” 1). This discrimination can affect one's job status, work environment, health benefits, along with many other items. Since sexual identity has only more recently become widely accepted, there isn’t much protection for LGBTQ, (Lesbian, gay, bisexual, transgender, queer), rights in the workplace. As a member of this community myself, I find it very important that my own rights will be protected when I become employed. Due to my growing concern that this issue isn’t going to disappear on its own, I find it absolutely necessary that the U.S. begins to enact laws that make this discrimination illegal.

There are many bills in place that protect against discrimination for a plethora of causes, however there has still yet to be a nation wide enacted bill in aide of sexual identity discrimination. Only 22 states and the District of Columbia make it illegal to discriminate due to sexual identity (“Sexual Orientation Discrimination” 6). That’s only 22 out of 50 states that offer protection and equality to those different than most. Only in 22 states can LGBTQ citizens get a job and not have to constantly worry about losing privileges or being fired due to who they love or what they identify as. About 45% of anyone who is not heterosexual have faced discrimination due to their sexual orientation, and 90% of transgender people have been harassed or mistreated due to their gender. I find it absolutely insane that people think they have the right to treat others differently just because of who they want to be in a relationship with or what gender they identify with, especially since these things would never affect that person’s working behaviors.

Many excuses have been made by those responsible for the discrimination, the most common being that it goes against their religion. It’s unfair that people are allowed to discriminate just because a person has different views than someone else on what’s acceptable and what’s not, and it doesn’t give them the right to trash what the other believes in, especially if that view directly coincides with their lifestyle.

Being gay, lesbian, bisexual, pansexual, asexual, transgender, non-binary, or anything in between is not a life choice. It’s just a part of who you are! So why would we continue to allow this horrible discrimination for any longer? It’s 2016; a time when gay marriage is legal, ethnicity and religion don’t matter about a person, and when people are fighting for their freedom of equality because nothing matters more than that to them! So I have a proposal for you future president, that I believe you could accomplish. Under Title IV of the Civil Rights Act of 1964, there were laws put in place to protect against discrimination of employment based on race, color, sex, or ethnic origin; and I think it’s about time we made a new bill stating that it will become illegal to discriminate employee’s based off of sexual identity and orientation. Everyone deserves equal rights, especially in the workplace, no matter who they love or what they identify as. 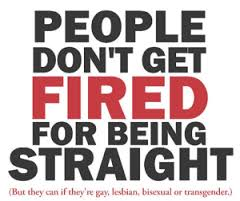 lgbtq rights discrimination civil rights
Published on Oct 31, 2016
Report a problem... When should you flag content? If the user is making personal attacks, using profanity or harassing someone, please flag this content as inappropriate. We encourage different opinions, respectfully presented, as an exercise in free speech.
Exeter High School

One of the greatest problems that divides our nation today needs to be addressed first and foremost when our new president comes to office.

Racial inequality and police brutality is something the next president should really be concerned with.

Athletes have started kneeling during the National Anthem to spread awareness towards the inequality African Americans suffer every day. Even thoug...