We are all much more similar than we think. Our physical appearance may be different, as well as our interests and thoughts . Because some of us fear what is different, we have had to fight for the equality of people who are perceived as being so, such as black people, gays, immigrants etc., We have fought to prove to the people that there is no need to fear what is different, that we are all in fact similar. Are we not all humans? Are we not all evolved from the same origins? Do we not all have emotions and feelings, some of which can be hurt? Are we not all fragile in some way? This is what really should matter, not appearance or certain interests or where you are from.

The Gay Rights movement in the United States dates back to the Stonewall Riots on June 28, 1969. At 3 am, police raided the Stonewall Inn--a gay club in New York City’s Christopher Street--where sympathizers became violent and rioted against the police. Police did have legal justification in raiding the club, such as serving liquor without a license along with other violations. The crowd outside the club watched as Stonewall employees were arrested and then watched in anger as three drag queens and a lesbian were forced into the police van. The gay community had finally grown tired of these raids and had had enough so, and as soon as they saw this they began to throw bottles at the police. The mob was dispersed after reinforcements arrived but, these riots continued in the neighboring streets until New York’s riot police was deployed. These riots marked the beginning of a political gay rights movement and as a result, from 1969-1974 the number of gay organizations multiplied by 20 of 50 originally.

I feel that we should confront gender and sexual orientation prejudice and there is a lot of evidence that supports my position. For example, by denying some people the option to marry, it creates a second class of citizens and makes us feel discriminated against. The concept of “traditional marriage” has changed over time and we should too, we need to adapt to these changes with open arms and open minds. Contrary to popular belief, homosexuality has never strictly been forbidden in any religious texts and is hardly mentioned. In fact, out of the 32,000 verses in the Bible, only 5 directly mention homosexuality and one mentions homosexuality in the Qur’an. Even the biblical David and Jonathan both had a formal same-sex relationship (http://www.sacred-texts.com/lgbt/index.htm). Plus, many religious leaders and churches support gays and gay marriage, as well as state that it is consistent with scripture.

Are we really going to follow every word written in the Bible? If we are, then in that case polygamy should be allowed as it is included in a “traditional marriage”. The Book of Leviticus does state that the punishment for homosexuality is death, but it is also the punishment for adultery, premarital sex, disobedient children and blasphemy. However, we don’t go around putting those who have violated these “rules” to death. If so, billions of people would have died already.

Many people don’t realize that marriage provides both physical and psychological health benefits so, banning gay marriage will bring an increase of psychological disorders. Something else that many people don’t realize is that same-sex marriages are more stable than heterosexual marriages and that gay marriage legalization correlates with lower divorce rates whereas gay marriage bans correlate with higher divorce rates (“Divorce Rates Lower in States That Allow Same-Sex Marriage,” http://www.familyequality.org/).

Lastly, gay marriage bans humiliate children being raised by same-sex couples. How do you think children would feel about their peers disapproving of their parents, the ones who raise them, care for them and love them? Think about the children and how this discrimination could affect them. These children could become depressed which we all know leads to loss of hope, negativity and sadly, also suicide.

We need to work on reducing this discrimination, and we can accomplish this by us all doing our part to reduce this stigma. 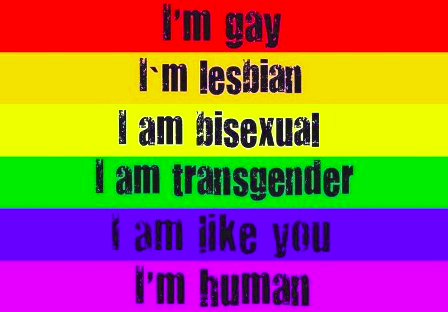 lgbtq rights discrimination equality
Published on Nov 10, 2016
Report a problem... When should you flag content? If the user is making personal attacks, using profanity or harassing someone, please flag this content as inappropriate. We encourage different opinions, respectfully presented, as an exercise in free speech.
East Village High School

Persuasive letter to the next President arguing for the protection of rights for LGBTQ persons.