Have you ever lived in poverty? Have you known someone who has? People live in poverty all around the world. Poverty is the state of being extremely poor. I’ve seen and heard of people in poverty, and it wasn’t pretty. More than 46 million people live in poverty and are considered poor. These people lack nutritious food, adequate warm housing, and clothing for their family’s. According to the World Bank, nearly 800 million people still lived on less than $1.90 per day in 2013. Almost half the world lives on $2.50 or less a day today. People are being affected by poverty everyday, and if we don’t do something to stop it, soon we’ll all be in poverty.

Not only does poverty affect adults, but it also affects children. One billion children live in poverty. 640 million children live without proper shelter, 400 million have no access to safe water, and 270 million have no access to health services. Poorer kids are are at a greater risk for several negative outcomes such as poor academic achievement, school dropout, behavioral and socioemotional problems, and physical health problems.

Extreme poverty is the strongest predictor of homelessness for families. At least 11 percent of children living in poverty are homeless. Andrew Soerge economy reporter said “Overall, an estimated 10.7 percent of the world’s population was believed to have been living in extreme poverty in 2013” (Soerge 1)

Poverty can happen less in the world. People need to give instead of take and treat others how they would want to be treated; the golden rule. I believe that with equal pay, women and men will be able to support their families resulting in less poverty. We need to remember that people don’t choose to live in poverty, they are just the ones that suffer from it. So, next time you see someone who is affected or living in poverty, would you help them out or would you ignore them? 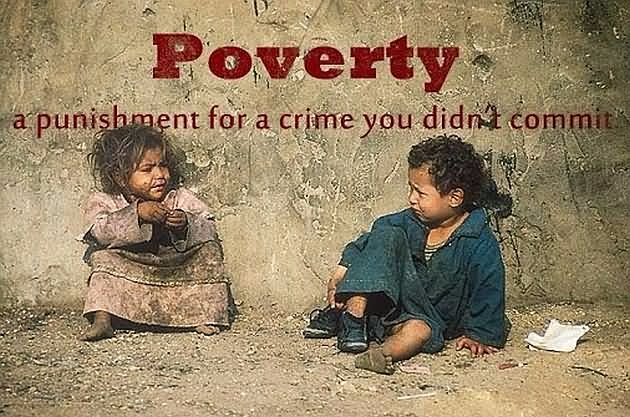 Poverty
Published on Oct 31, 2016
Report a problem... When should you flag content? If the user is making personal attacks, using profanity or harassing someone, please flag this content as inappropriate. We encourage different opinions, respectfully presented, as an exercise in free speech.
Exeter High School

This letter is about the employment rate continues to rise causing the poverty rate to keep climbing. I would like to address the issue and hope fo...