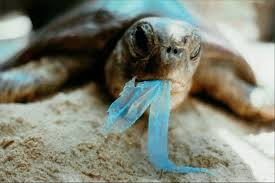 We need to do more to keep our oceans and beaches clean because oil spills are harming marine life, fur-bearing animals, and birds. According to greenliving.lovetoknow.com the National Oceanic Atmospheric Administration (NOAA) says, “If fur-bearing mammals or birds get oil on their fur or feathers, they may not fly or move properly, maintain body temperature, or feed. As marine mammals try to clean themselves, they may ingest oil which can poison them.” It is clear that oil is really harming these animals and if we don’t do something to stop it, they could become endangered. The article also states “oil may impact coral reefs in a negative way.” Coral reefs are beautiful but, they are also habitats to many types of marine life. If some of the smaller marine life don’t have a habitat, more of the larger marine life will eat them and the smaller marine life will have a bigger chance of becoming endangered.

We need to do more to keep our oceans and beaches clean because it is harming our sea animals and birds. Greenliving.lovetoknow.com states “Ocean mammals get entangled in old nets and drown because they cannot get to the surface for air. Birds, turtles, and fish ingest a variety of plastic items and their digestive systems become clogged.” All of this is because people are polluting our oceans and beaches. Most people are polluting our beaches and oceans because they are not aware of the effect it has on the marine life. We need to make people more aware of this topic.

We need to do more to keep our oceans and beaches clean because our oceans supports people’s jobs and give us food to eat. According to fao.org, “Just over 100 million tonnes of fish are eaten worldwide each year, providing two and a half billion people with at least 20 percent of their average per capita animal protein intake.” If there was no more fish, all the people that eat it would no longer to be able to. People that survive off fish would have to find a different food source. The people that have the job of being a fisherman would no longer to be able to a fisherman because there would be no fish to fish for.

We need to do more to keep our oceans and beaches clean because of tourism. In the summer, the Jersey Shore beaches are packed with tourists. economist.com states “nearly half of tourism spending is at the “shore”.” In the sentence, they are referring the “shore” to the Jersey Shore. People love traveling here because of how beautiful and awesome our community is but tourists wouldn’t want to travel here if we had garbage all over our beaches and oceans. If we don’t stop polluting, our beaches and oceans will become dirty and tourists will no longer want to spend their summers here.

If we don’t stop littering and don’t start cleaning our beaches, more and more marine life with become extinct. More and more injured sea mammals will start washing ashore . We need to do more to keep our oceans and beaches clean now.

economy tourism marine life ocean pollution environment
Published on Nov 7, 2016
Report a problem... When should you flag content? If the user is making personal attacks, using profanity or harassing someone, please flag this content as inappropriate. We encourage different opinions, respectfully presented, as an exercise in free speech.
Brielle Elementary

The Ocean Is Running Out Of Fish

Dear Future President, Do you really want the ocean to...

why we should fix air pollution now not later.

We need to keep our beaches clean.

Hello future president, my name is Sean Rodriguez. I am from West Milford, New Jersey, and I attend West Milford High School. I would like to speak...

Blacks are getting shot,killed,and imprisoned by police.

The problems in our environment are bigger than they seem.

Emissions produced by conventional vehicles are harming our environment and our health. We need a way to cut down the amount of these emissions.